Autotranspoter refers to a family of proteins that carry sufficient information on a single gene to direct their own secretion out of a bacterial cell. ATs can insert into the OM(outer membrane) to translocate a passenger domain through the OM, so ATs can form an efficient surface display system because the native passenger domain at the N-terminal can be easily replaced by the protein of interest.[1]

We linked a fluorescent protein mEos(BBa_K2833003)to the N-terminal of autotransporter to visualize the surface display.

We conducted a cell lysis experiment to observe the distribution of fluorescent protein(figure 1). From this result we can see that after cell lysis followed by centrifuge, both the precipitation and supernatant shows relative strong fluorescence signal in intracellular expressing mEos cells(figure 1B, middle), while the signal was stronger in supernatant than in precipitation in mEos surface displayed cells(figure 1B, right). To further confirm this result, we removed the supernatant and observed that the signal in mEos surface displayed cells fragments was almost the same as the mEos intracellular expressed ones(figure 1C).This suggests that the surface displayed mEos were anchored to the outer membrane and being precipitated with the cell fragment, while the intracellular expressed mEos were solved in the supernatant.

We observed the fluorescence under the super-resolution microscope. As figure 2 shows, The intracellular expression of mEos displayed the rode-shape of E.coli, while the signal of surface displayed mEos showed the dotted pattern around the cells, which suggested that the mEos were gathered and distributed at the surface of E.coli.. 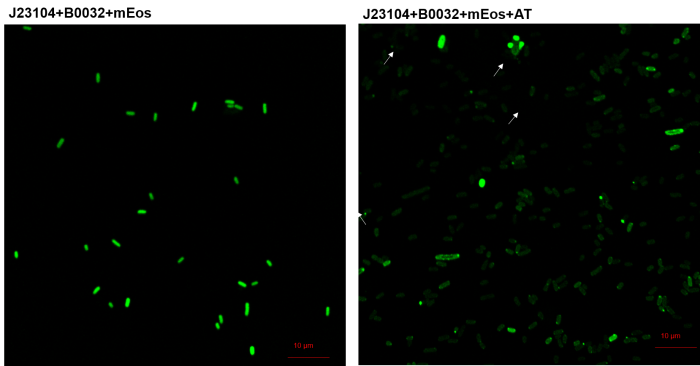 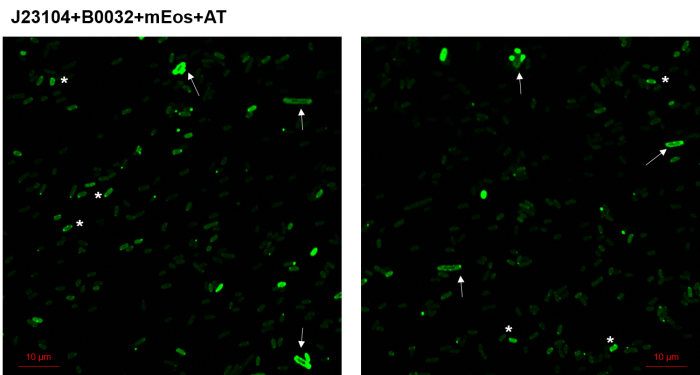 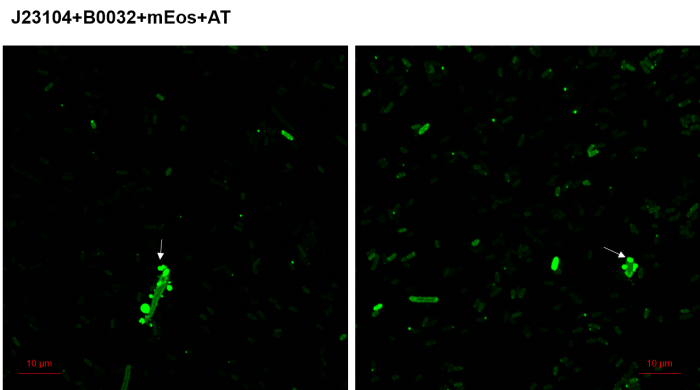 Fig.4 Some autotransporter carried mEos showed the departing tendency from the outer membrane of bacteria(as the arrows indicated).