Previous research has found that expressing Vitreoscilla hemoglobin (VHb) inside the bacteria could leverage its property of combining and releasing oxygen to improve the efficiency of oxygen utilization and therefore enhance the efficiency of bacteria growth and production.[1] Follow-up studies have shown that expressing VHb in the periplasmic space could further improve that efficiency compared with intracellular expression.[2] Based on these, we proposed that expressing VHb outside the outer membrane using surface display system could further enhance the oxygen density surrounding the bacteria and improve oxygen utility in the system for further enhancement of the fermentation efficiency. 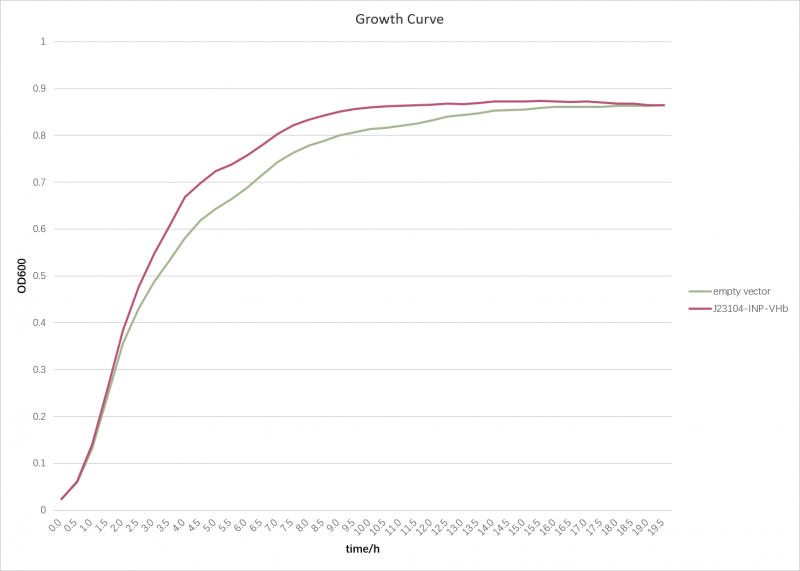