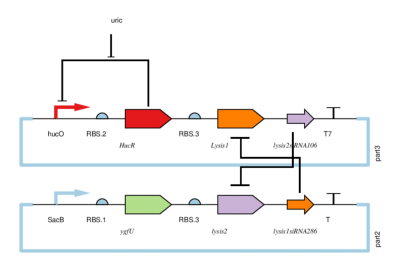 The promoter should be fully activated at the highest uric acid concentration safe to human body (0.465 mM). The activity of the promoters were determined by measuring the fluorescence intensity of the enhanced green fluorescent protein (EGFP). The results showed that the Phuc2 had the highest sensitive and activity at the conditions of 0.1 mM and 0.01 mM of uric acid. Then, the EGFP coding sequence was replaced by the uricase gene to check whether the module could sense and metabolize the uric acid. As shown in Fig.3, the control group kept constant uric acid levels, but the experimental group displayed reduced uric acid concentrations in a time-dependent manner in the first 3 h of incubation. After that, the uric acid levels kept constant. The data suggested that the expression of uricase was induced at high concentrations of uric acid and repressed at its relatively low concentrations. The result indicated that the expression of uricase was under the control of Phuc2 responsive to the concentration of uric acid.See more information on iGEM19_NEFU_China's Result PAGE 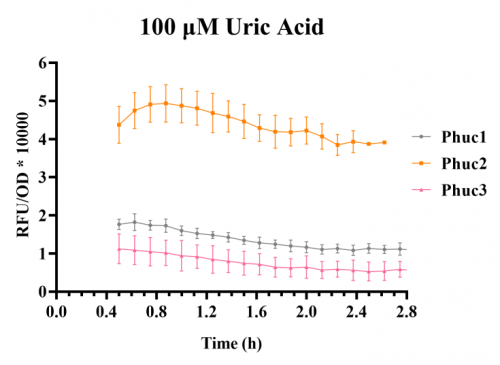 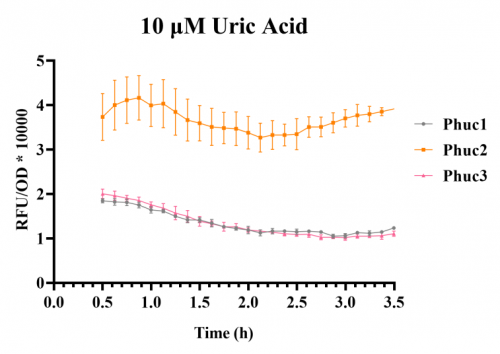