The expression of this genetically modified operon will produce gas vesicles within the cell. It is a synthetically created hybrid of 2 repeats of primary gas vesicle protein (GvPs) A and 5 repeats of GvPC, which derive from Aphanizomenon flos-aquae, followed by a multitude of secondary GvP genes (GvPR/N/F/G/L/S/K/J/T/U) from Bacillus megaterium. The primary proteins form the main structure and scaffolding of the vesicle, dimerizing to to form a biconic shape. The secondary proteins act as chaperone proteins that aid in the formation and stability of the overall structure.

In our experiments we expressed this through an inducible genetic switch under control of a T7 polymerase and T7 promoter that were under lacI repression and can be regulated by adding IPTG.

After 5 hours on the benchtop post induction (1.6mM IPTG), E. Coli BL21 (DE3) cells transformed with arg1 showed a higher density of cells along the height of the tube vs non-induced and non-transformed cells. they also show a smaller amount of cells precipitated at the bottom of the tube, meaning fewer cells sunk down (Fig 1). This indicates that cells expressing arg1 are more buoyant than non-expressing cells, however, they are not buoyant enough to migrate to the top the culture. To test the replicability of these results the same culture was vortexed a week later and left on the bench top (Fig 2) and the same pattern in culture density change was observed indicating that the gas vesicles produced by arg1 are relatively stable and cells can retain the gained phenotype for up to a week (longer time periods not tested). Even after more than 24 hours on the bench expressing cells didn’t all precipitate at the bottom (Fig 2D). It was not tested if cells lose some of their buoyancy over time or what the percentage loss is.

Culture density starts uniformly across all constructs and we find that the arg1 retains cellular density in the suspended state whereas negative control has cellular density pelleted to the bottom of the tube (Fig 1). Any difference in culture buoyant forces will cause variation in how culture density changes over time. This method for testing buoyancy lacks a quantitative aspect, however, it is the easiest to replicate with the least interference. We found that our pET28a construct containing arg1 performed floatation in LB media over a 25 hour period after induction by IPTG, unlike the negative control. Fig.2b After 3 hours on the bench Fig.2c After 6 hours on the bench The iGEM team TU-Eindhoven 2021 further characterized ARG1 using ultrasound measurements. Not only can the produced ARG1 gas vesicles be detected via floatation, but also using ultrasound equipment. We used a different DNA sequence than noted above, however, the same amino acid sequence was used. Our ARG1 plasmid was transformed into E. coli BL21(DE3) cells for the ARG1 ultrasound measurements. Subsequently, a small culture and a large culture were made. The ultrasound pictures are imaged with a Verasonic with a 22-14 transducer as can be seen in Figure 3. More details about how these ultrasound images were obtained can be found on the part page BBa_K3972002. 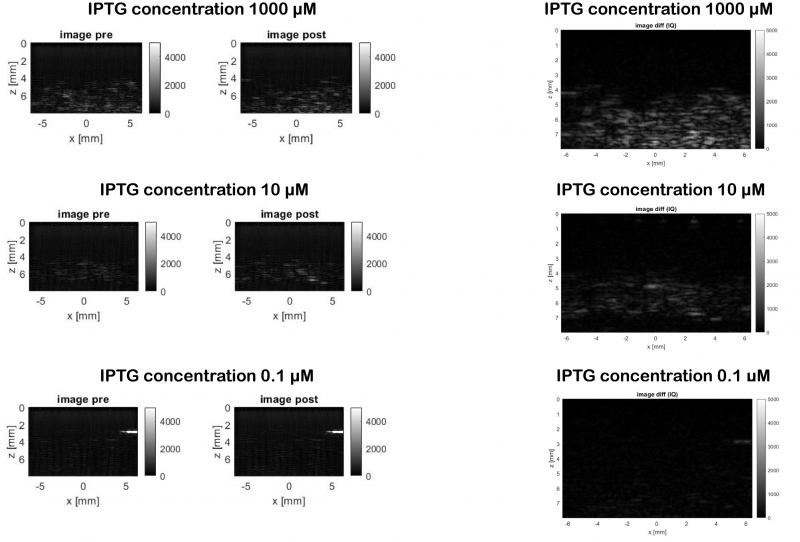 Figure 3. Ultrasound images pre & post and difference between those images.