Composite part designed to serve as a rapid platform for fusing antigen coding sequences to the C-terminus of the encapsulin protein.

This Encapsulin protein derived from K2686002 has a hexahistidine insert to increase heat stability, and endow better hydrodynamic properties (Moon et al., 2014). After the encapsulin site on the plasmid (After the C-terminus), is a site for sfGFP under native promoter included within BsaI cut sites. These BsaI cut sites would allow for the rapid, scarless introduction of antigen peptides which will be expressed on the surface of the Encapsulin subunit (After the C-terminus). The insert in between the two BsaI cut sites, consisting of sfGFP with a native promoter and terminator, allows for checking the success of the insertion of the antigen (green colonies do not contain the desired peptide insert). 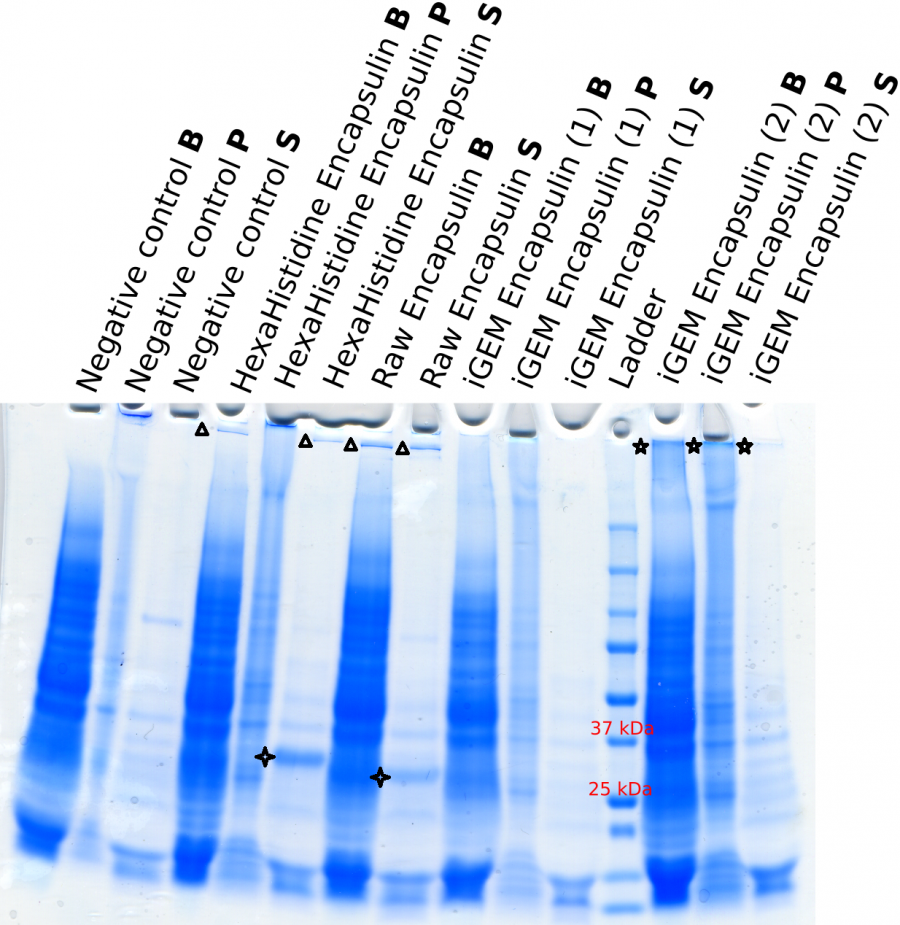