Sirius (BBa_K2668020) is a fusion protein between CBM3a and mRFP1. By fusing CBM3a to a fluorescent moiety, this part allowed us to investigate the binding capability of CBM3a to cellulose.

The Sirius part (BBa_K2668020) correspond to the Cellulose Binding Module Type 3a (CBM3a) fused by its endogenous C terminal linker to a red fluorescent protein mRFP1. The name Sirius was chosen as a reference to the brightest star of the northern hemisphere Alpha canis majoris which is the central star of the great dog constellation. IDT performed the DNA synthesis and delivered the part as gBlock. The construct was cloned by In-fusion into the pSB1C3 plasmid with the below primers and then transformed into E. coli Dh5-alpha strain. Figure 1 shows the restriction map of the resulting clones. All the clones from lane 3 to 8 show the expected restriction profiles. The clones 6 was deposited in the registry of Standard Biological Parts.. 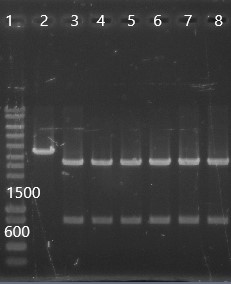 The part BBa_K2668020 was cloned into the pET28 expression vector (in phase with the pET28 His Tag) using In-Fusion Cloning Kit. The resulting construct was transformed into E. coli strain BL21 and expression of the recombinant protein was induced using 1 mM IPTG for 4h at 37°C. Cells were lysed by sonication and the His-tagged protein was then purified on IMAC resin charged with cobalt (Sigma). Results are shown on figure 2. A large amount of protein at the expected size for Sirius in the Cell Free Extract (52 kDa, lane CFE) was found predominant. The same band was detected in elution samples (E1/40 and E1/100). The degree of purity of full length Sirius was about 72%. In addition to the full length protein, several extra bands that likely correspond to proteolysis products were observed. 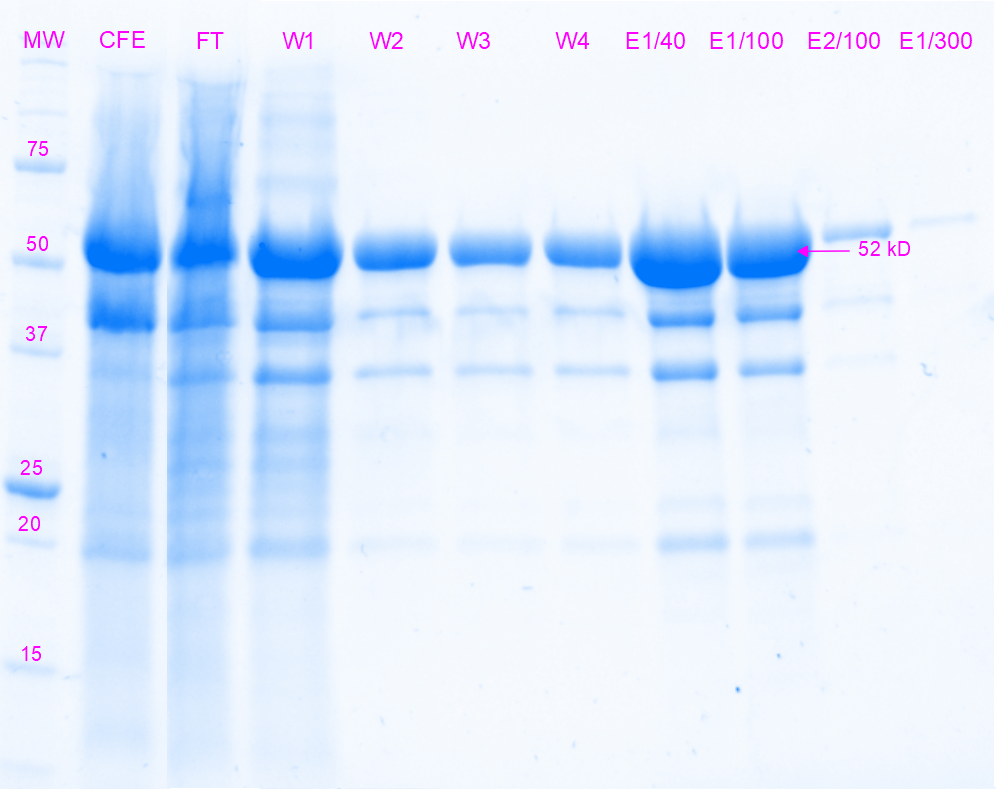 Figure 3: a)Fluorescence retained in the cellulose pellet after pull down (triplicate test) b) Picture of Sirius (right) versus mRFP1 (left) on binding assay on cellulose after the first wash

Thus, fluorescent cellulose was produced. This results was also confirmed using bacterial cellulose from Gluconobacter hansenii. This cellulose was put in contact with either mRFP1 alone or the Sirius construction (mRFP1-CBM3a). After washing, the cellulose was exposed to UV and a picture was shot (figure 4). Red fluorescence was only observed with Sirius, demonstrating again the strong affinity of the construction for cellulose and the functionality of the CBM3a domain. 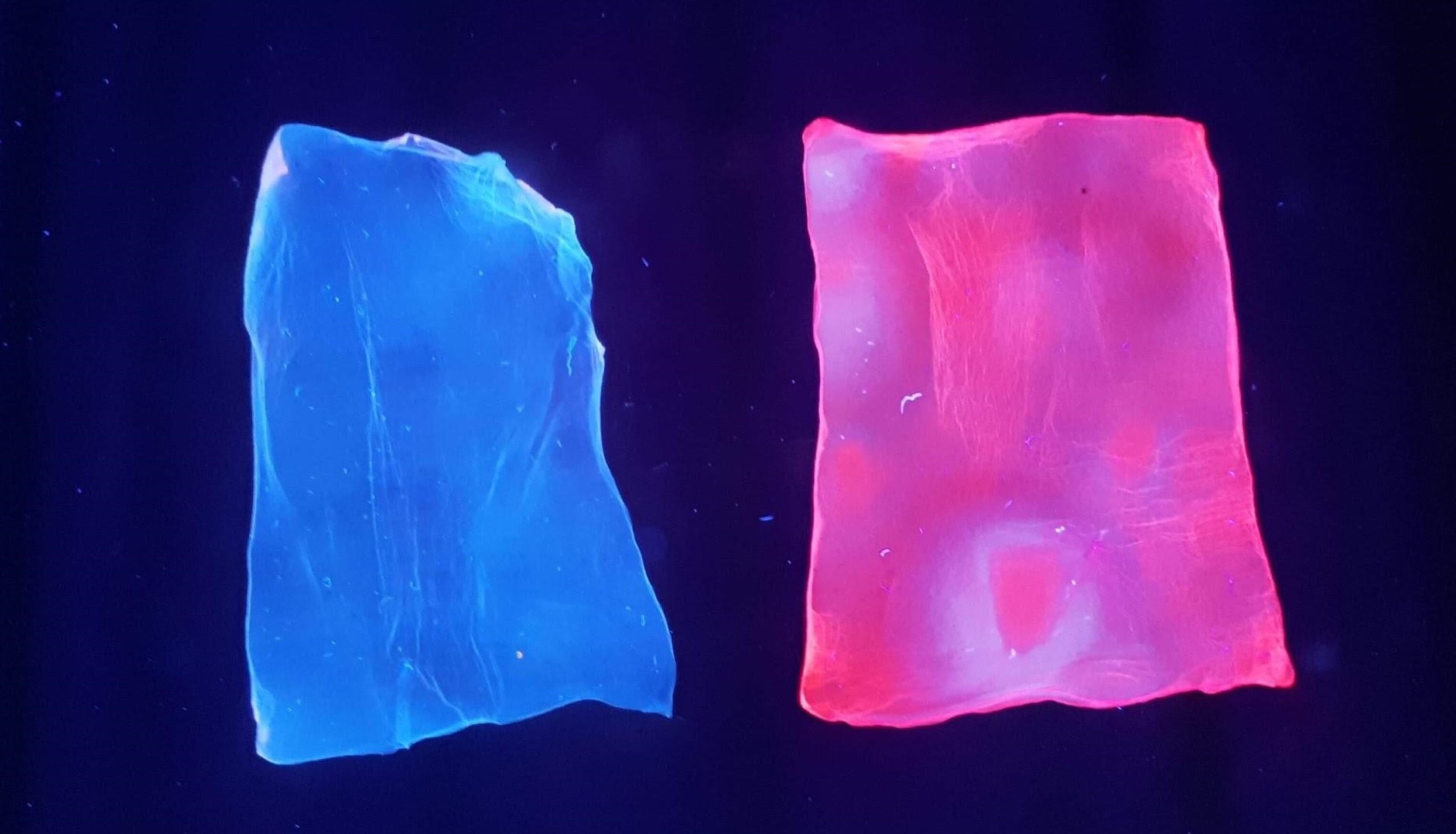