Construction of A. hydrophila Sensor Device I

Characterization of Sensor Device I

However, when we compared the GFP production rate of Sensor Device I at different concentrations of C4-HSL, we found its fluorescence in the environment of fish feces might be too low, since the difference between GFP production rate at 0 M and 9.90E-8 M of C4-HSL was only 12.4%, implying that the device cannot tell people whether the fish is infected with A. hydrophila effectively. 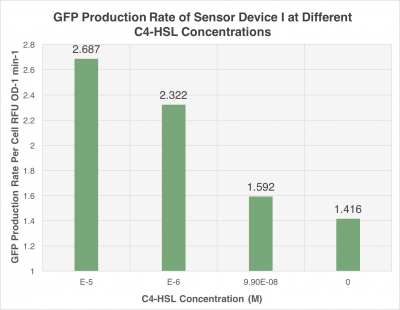 Fig.1 GFP production rate of A. hydrophila sensor device I

III. Problems with Sensor Device I

To make the sensor workable in real environment, we intended to increase the difference between the device’s GFP production rates at 9.90E-8 M and 0 M of C4-HSL, but we didn’t know how to achieve it, since we thought the RBS we used (BBa_B0034) for GFP and RhlR expression was already the strongest and cannot be changed. Thus, we consulted Mr. Yihao Zhang from Peking University, and he pointed out our mistake: the strength of RBS can be influenced by the upstream and downstream DNA sequence, so we needed to use RBS calculator to determine the exact strength of the two RBSs in sensor device I. Following his advice, we examined our device on salislab.net, and found the RBS strength ratio of rhlR (LVA-tagged) and GFP was 1:5, indicating that the expression level of RhlR might be too low to repress and activate the expression of GFP in a desired level. Hence, we decided to improve the strength of RBS for rhlR (LVA-tagged).