Not Released
Sample Not in stock
Experience: None
1 Uses
1 Twin
Get This Part

This gene provides Ampicillin resistance in bacteria. It is the wildtype beta-lactamase sequence from E. coli.

Determination of the Minimal Inhibitory Concentration:


To determine the beta-lactamase assay, a dilution assay was performed. The variants were grown under varying carbenicillin concentrations. This procedure revealed theminimal inhibitory concentration (MIC) of the different mutants. To start the assay, colonies were picked into LB medium with 100 µg/ml chloramphenicol, but without carbenicillin and were grown to the stationary phase for 20 h. Then, deep well plates with 500 µl LB broth per well were prepared. The medium was supplemented with 100 µg/ml chloramphenicol and for each mutant, eight wells with different carbenicillin concentrations, ranging from 10-1280 µg/ml were prepared. Each well was inoculated with 2 µl of the proculture. The new cultures were incubated another 8 h. Finally, the OD600 of each well was measured (Fig.: 1). Candidates that were positive under all conditions were tested in a second assay with higher carbenicillin concentrations (300 µg/ml – 190000 µg/ml) (Fig.: 2). 13 of the 37 tested variants did not show any significant ß-lactamase activity and did not grow at any carbenicillin concentration. The candidates were not deposited on the registry. As expected, the majority, eleven of thirteen, were double and triple mutants, whereas only two single mutants lead to the destruction of enzyme activity. Interestingly, these two single mutations, D129L and K71W appear in 10 of the 13 catalytically dead mutants, which underlines their meaning for enzyme activity. Furthermore, it is noteworthy, that one double mutant, D129L, L218D has a MIC above 640 µg/ml. This suggests that L218D can somehow compensate for the negative effect of D129L. Several variants, 11, had their MIC in the range that was tested in our assay. Another 11 mutants, as well as the wildtype ß-lactamase could grow under all conditions. Interestingly, only half of the variants with high ß-lactamase activity, were single mutants, whereas the remaining five variants had two or three mutations. Within this set of mutations, M67G and P164G/H are very prominent. These exchanges don’t have drastic effects on the enzyme activity. The three highest carbenicillin concentrations of the first data set were included and the range was extended to a maximum concentration of 19.2 mg/ml. While several candidates turned out to have a weaker activity than the wildtype protein, five of them showed improved properties. The two best candidates could even grow at 19.2 mg/ml. The variants were contained one point mutation each, E102F and M67G. These most benefitial mutations, appear in many of our better candidates as well, which underlines there functionality.

frame|center|Figure 1:Determination of the MIC of beta-lactamases with varying carbenicillin concentration in liquid culture. The OD600 was determined with a sample of 100 µl in 96 well plates 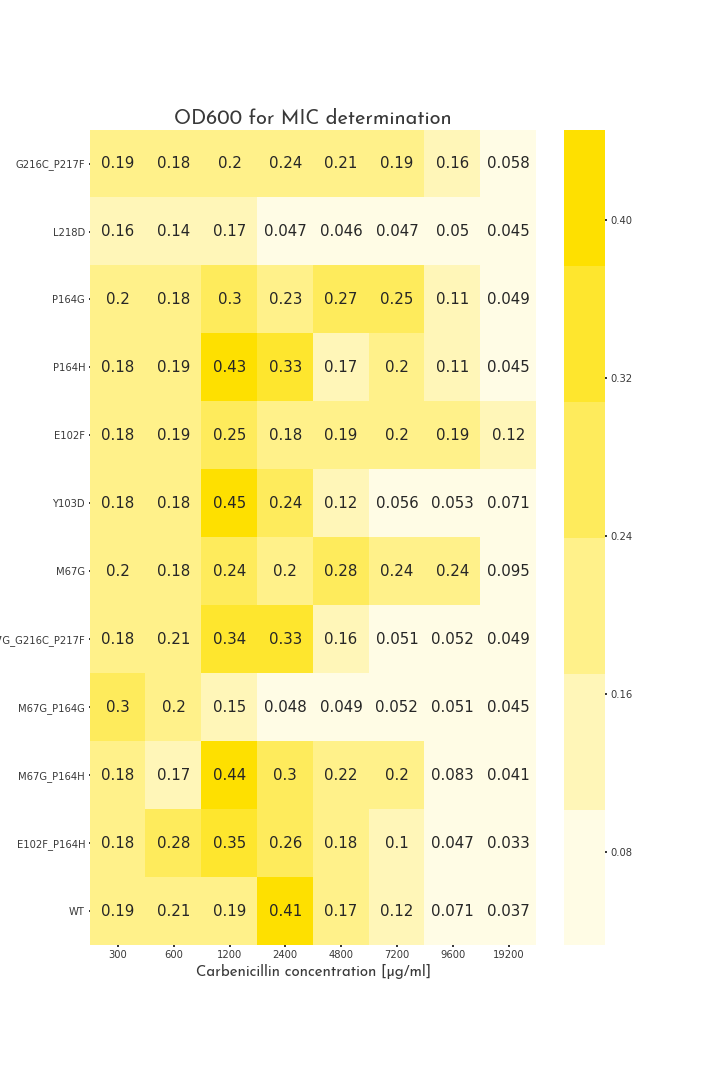 Figure: 2 Determination of the MIC for the eleven best beta-lactamase candidates with higher carbenicillin. The OD600 was determined with a sample of 100 µl in 96 well plates