MazEF is a suicide system in Escherichia coli which consists of a stable toxin mazF and labile antitoxin mazE. MazF causes cell death by cleaving mRNA at a specific site. On the other hand, mazE plays a role of antitoxin which can antagonize the toxin mazF.

In general, continuous generation of MazE can prevent the situation of cell death by antagonizing mazF. However, once mazE ceased to be produced, it would be degraded by the protease ClpAP. Hence, the remaining toxin mazF will cause the cell death by cleaving mRNA.

This is a composite of mazEF that is regulated by Arabinose. When arabinose is added, mazEF will be produced. And once arabinose supply is in short, mazE ceased to be produced, it would be degraded by the protease ClpAP. 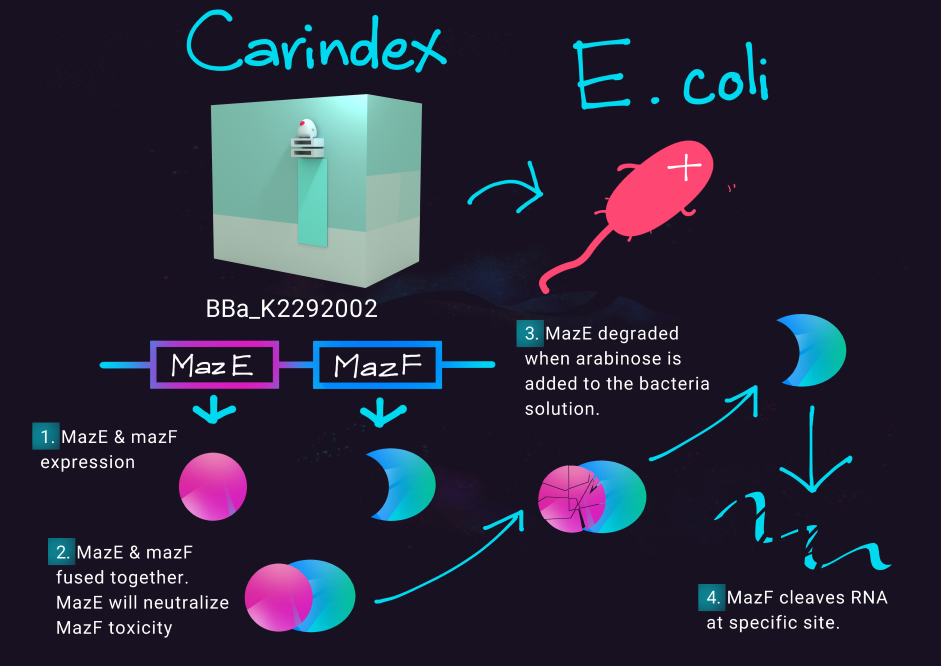 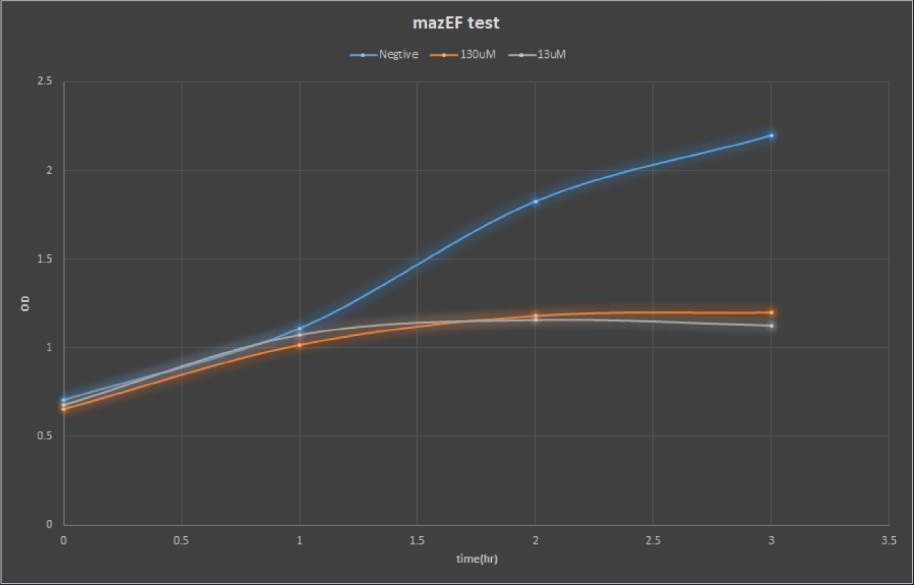 In the beginning, we add arabinose to the E. coli, and the kill switch start. During the first hour, mazE and mazF are produced. Because of the toxin-antitoxin characteristic, E. coli grows normally in the first hour. After one hour, the mazE and mazF concentrations reach saturation, and then start degrading. Compared with mazF, mazE degrades faster, so mazF cut mRNA for important protein. Finally, E. coli cannot survive. The OD600 value we observe is that it maintains a stable value. 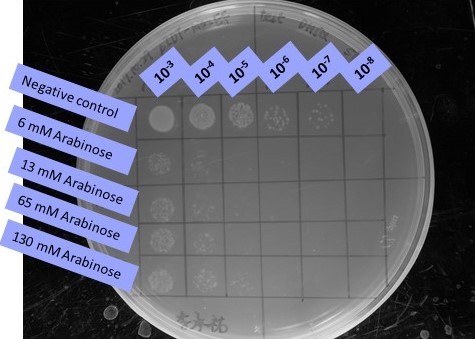 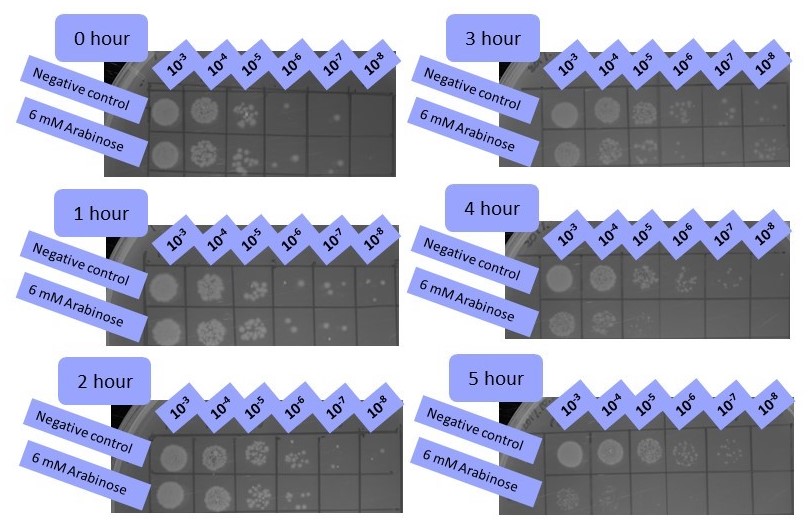 The 2020 CLS_CLSG_UK team has adapted this kill switch so that it can be induced by hypoxic conditions. As well as this we adapted the system by which the kill switch works into a system we believe is more efficient, our system works by having the MazE under the control of the CMV promoter while the MazF expression is under the control of a hypoxia induced promoter that was characterised alongside the CMV promoter. By using the characterisation as well as the strength of various RBS from the literature we were able to construct a system that is more efficient at keeping the E. coli alive over long periods but still acting as an efficient kill switch. While constructing this would create a larger insert and potentially an extra set of digestions and ligations we believe that the advantage it presents on the original system is worth it given that in the original system the negative control still ended up killed the bacteria after a matter of hours, for long term use this would not be efficient. To view the updated version see part:BBa_K3588014.