GLD1 is a general reductase, it is characterized in https://microbialcellfactories.biomedcentral.com

This part codes for a reductase that can reduce erythrose to erythritol. It depends on NADPH as a redox co-factor. 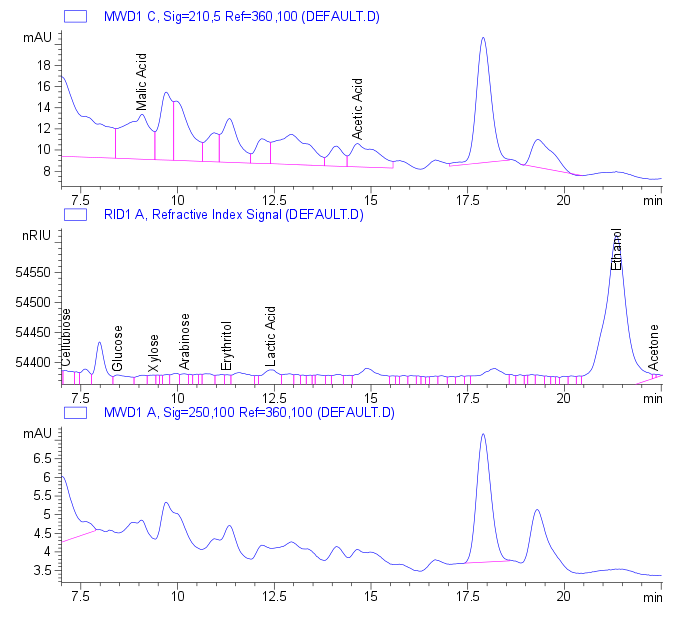 We first decided to test out wild type Bacillus subtilis strain PY79, in order to get a negative control for our HPLC results as shown above. 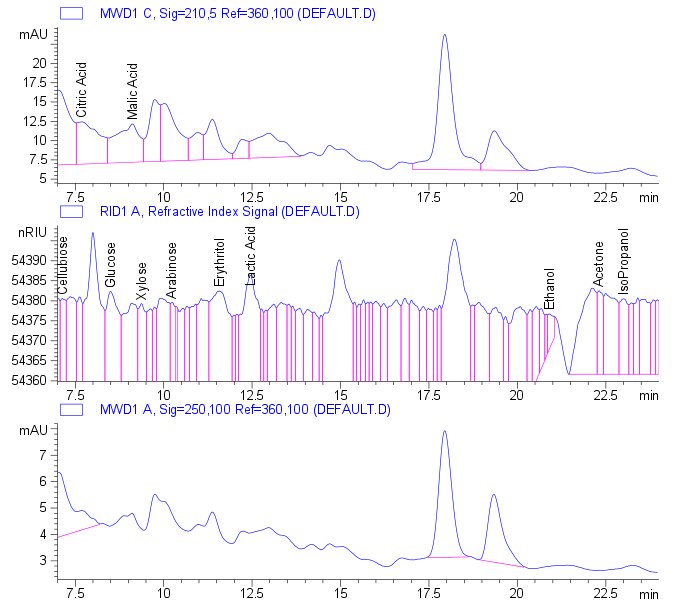 We then additionally tested the wild type strain with the unmodified integrative plasmid pBS1C inserted. This was to determine if insertion of the plasmid produced any noticeable metabolic changes in our host organism. HPLC results shown above.

This test as shown above was of a Bacillus subtilis with our engineered plasmid inserted into the bacterium. We tested to see if there was perceptible Erythritol production. While we did not see production, we are not confident that Erythritol can be exported from the Bacillus subtilis cell, so we decided to next test the same inoculate but with the cells lysed.

Once we tested the lysed sample, we were able to see a peak elute at approximately 11.2 minutes as shown above, consistent with the elution time of erythritol for the sugar column Aminex HPX-87H Column used. We decided to re-run our samples a few days later with a re-inoculation of the previously tested cultures.

Our retest of the previous sample then did not show significant erythritol production. This highly unusual result has not been explained yet, and GCMS testing will be underway soon for final confirmation. Due to visible metabolic changes from the transformation, we believe it may be possible that the production of different metabolites is being prioritized during different stages in cell growth, and that potentially we are testing the cultures at the wrong times.

Our work was based off of the paper Genetic engineering of Synechocystis PCC6803 for the photoautotrophic production of the sweetener erythritol.