This part is built by In-Fusion cloning method and together with BBa_K2036021 and BBa_K2036023 to further assemble BBa_K2036024. pRM can be negatively regulated by Cro. ilDH and beta-glactosidase are important enzyme in celluler metobolism. 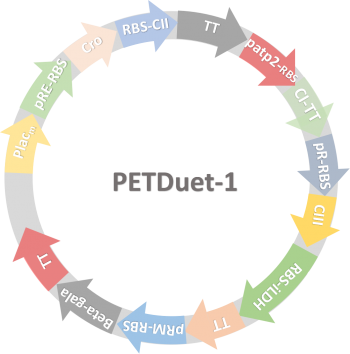 We characterized cro and pRM inhibition by the same method as CI and pR’s. From line chart and fluorescence detection, we can see that the test group contains cro expressed less GFP protein than control group over time. It proves that cro can effectively bind pRM to block its downstream gene’s transcription. 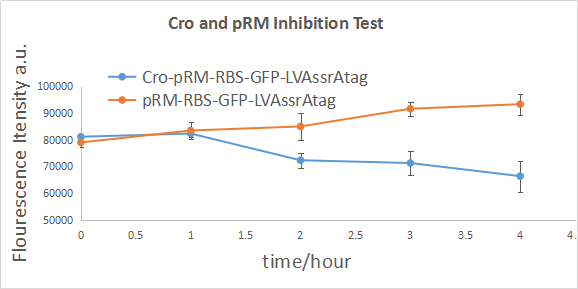 Due to the limited time before wiki freezing, we didn’t completed the test of lactic balance function of our engineered strain in vitro. But we tried to characterize pH-induced beta-galactosidase’s expression level to prove that half of our application circuit (BBa_K2036024)works. We tested enzyme activity of our strain cultured at pH6.5, 7.5 and 8.5. 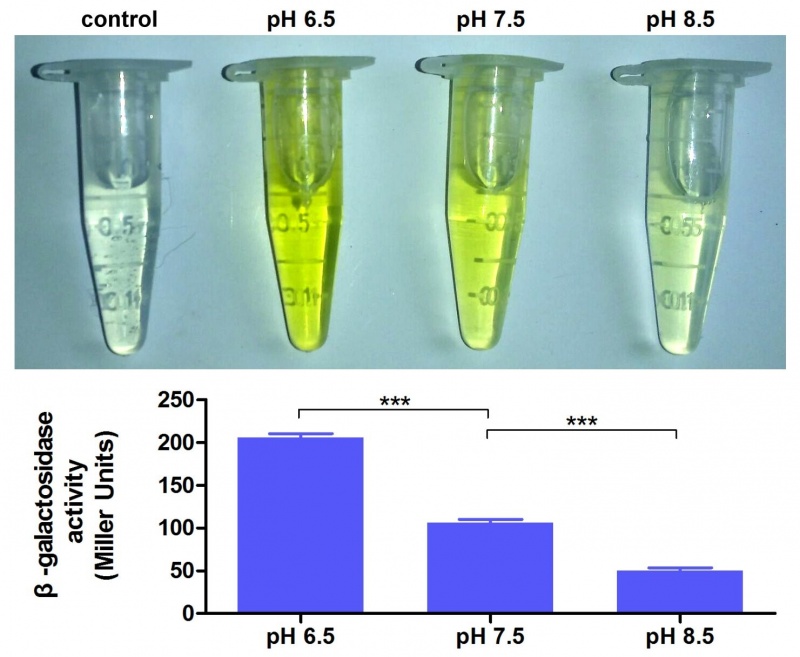