This part produces GFP in the presence of T7 RNA polymerase. It contains a T7 promoter, a strong RBS, the coding region for GFP, and a double terminator. The GFP is a mutant known as GFPmut3b, and the original citation is as follows:

It has a maximum excitation at 501 nm and maximum emission at 511 nm. For more information, see part BBa_E0040. 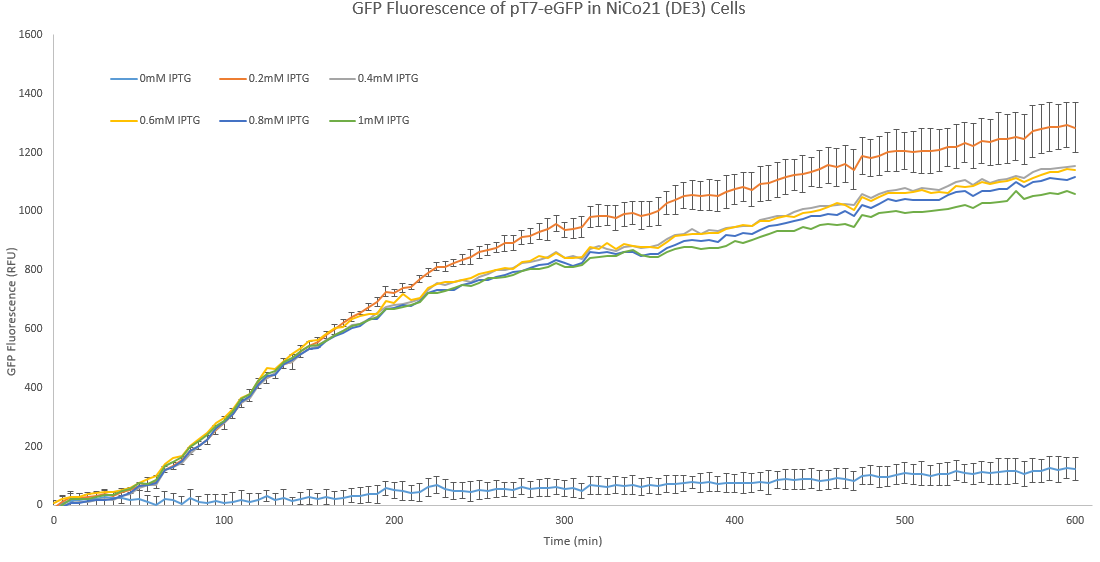 Figure 1. A typical expression profile of pT7-eGFP in NiCo21(DE3) cells. (Note that error bars are only shown for the negative control and 0.2mM IPTG induction; however, the error bars of the other samples are comparable to the 0.2mM IPTG curve. Each sample was tested with 6 replicates.) IPTG induction of the cells lifts the repression of lacUV5 promoter controlling the expression of T7 RNA Polymerase. The eGFP in this part can then be transcribed and translated. The concentrations of IPTG were chosen based on the recommendation that BL21 (DE3) cells and derivatives be induced with IPTG concentrations between 0.5mM and 1mM. As seen from the graph, during the first two hours, 0.2 mM IPTG induced the cells equally as well as did 1mM IPTG. However, after the first two hours, the cells induced with smaller concentrations of IPTG outgrew the other cultures, which ended up yielding more GFP fluorescence. The OD600s of the cultures at 5 hours are shown below in Figure 2. 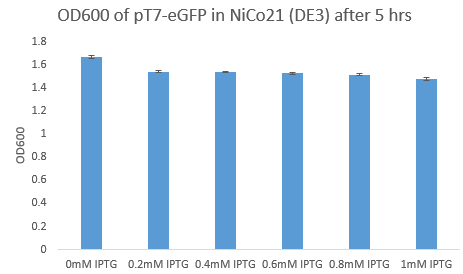 Figure 2. The OD600 of the cultures in the experiment from Figure 1 at 5 hours. The difference of OD600s was even more pronounced as the experiment proceeded.