BlcR, a protein from Agrobacterium tumefaciens, represses the blcABC-operon. The latter enables the bacterium to grow on γ-butyrolactone as carbon and energy source as depicted in the following figure (Pan et al. 2013). 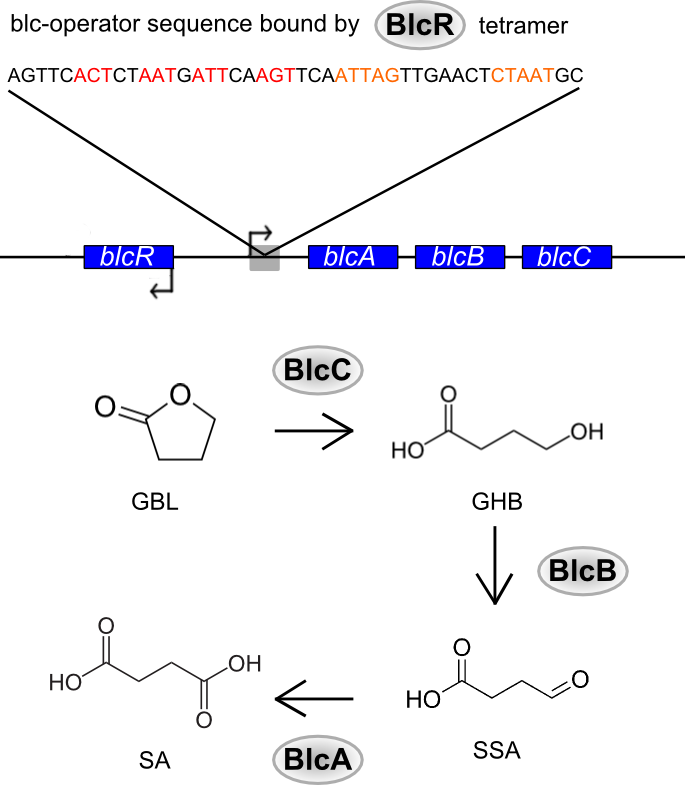 The Blc-Operon and the catabolism of GBL in A. tumefaciens. GHB: γ-hydroxybutyrate; GBL: γ-butyrolactone; SSA: Succinic semialdehyde; SA: Succinate.

We performed EMSA-shifts and verified: BlcR binds to the operator site described in Pan et al. 2013.

A BlcR-sfGFP fusion protein is also able to bind the blc-operator in BBa_K1758376, as depicted in the following figure.