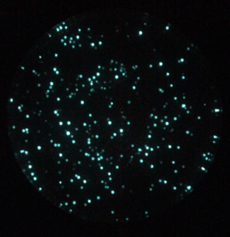 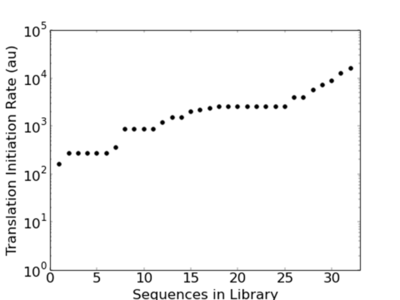 RBS library parts are not submitted to the registry. For obtaining physical DNA of a particular RBS sequence or of the whole RBS library we offer de novo synthesis by PCR.
Primer sequence for obtaining RBS library for a specific gene:
aaataaGAATTCGCGGCCGCTTCTAGAGTCACACANRARRGTACTAGATG
random sequence--biobrick prefix--RBS degenerate sequence--RBS scar--start codon
After the ATG, oligo should contain 18-24 nucleotides, complementary to the open reading frame being amplified. PCR is then performed as described in the Protocols.