This part is our testing part.The copa is one of the candidates of our copper sensor.For comparing with other two sequences,marO（BBa_K1555001） and cueo（BBa_K1555002）,we linked it with a reporter(BBa_E0840).With the concentration of copper rises, the expression of downstream gfp coding gene increases.We designed two experiments to test those candidates' sensitivity and specificity individually by measuring fluorescence intensity.

CopA, the principal copper effluxATPase in Escherichia coli, is induced by elevated copper in the medium.[1] CopA promoter is active in the presence of copper ion.We intended to character copA promoter independently. Therefore , we utilized RiboJ which was placed between promoter and protein coding sequence to eliminate the interference of two different parts. Output ( fluorescence) depended only on the activity of copA promoter when be induced, and not the sequence at the part junction. RiboJ can reliably maintain relative promoter strengths.

We test copA promoter in BL21（DE3）,DH5α. By measuring fluorescence intensity in cells by flow cytometer,we got data to analyze sensitivity and specificity of copA promoter.

In our experiment, copA promoter was induced by different concentration of copper ion (37.5umol/L、50umol/L、62.5umol/L、75umol/L) . That fluorescence intensity in cell increase firstly and decreasewith small oscillations.（Fig.3A,B） At 4-5th hour fluorescence intensity in cell increases dramatically. Dose response curves was fitted to twice induction within 9 hours. CopA promoter has relative leaky basal expression by comparing the negative control’s output and basal leakage of copA promoter in E. coli expression systems(Fig.4). In comparison of two graphs A、B, we can obviously find that the degradation of protein is much faster in DH5α than that in BL21（DE3），because BL21（DE3 ） has a deficiency of protease. In the group of 0μmol/L Cu2+, the fluorescence shows a trend of falling firstly then rising（Fig.3C）. Actually, the fluorescence which produced by the leakage of copA will not change. The change quantity comes from the different growth periods of the E.coli. We added 40ul bacterial fluid into new medium with inductionto start measuring. So bacteria will go through a period of growing from growth period to maturation period, so as to the change of the fluorescence.Maturation period is great period for the expression of protein. 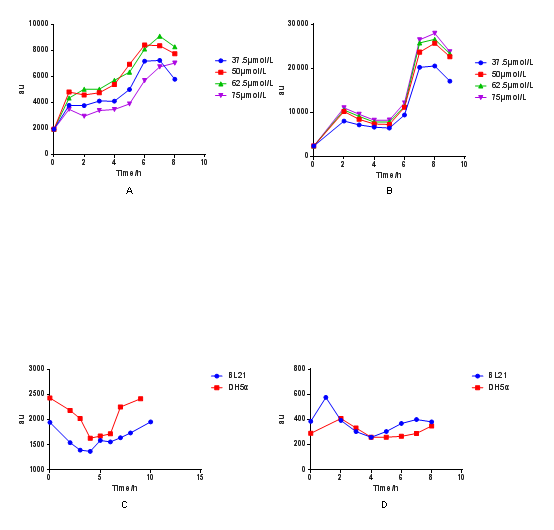 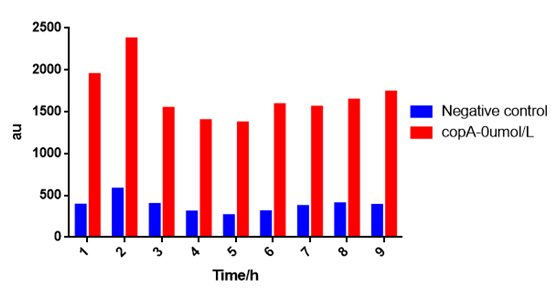 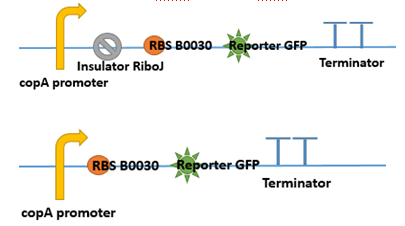 Fig.5.Two device used to detect copper in solution, the upper device has riboJ and the under one has no riboJ. 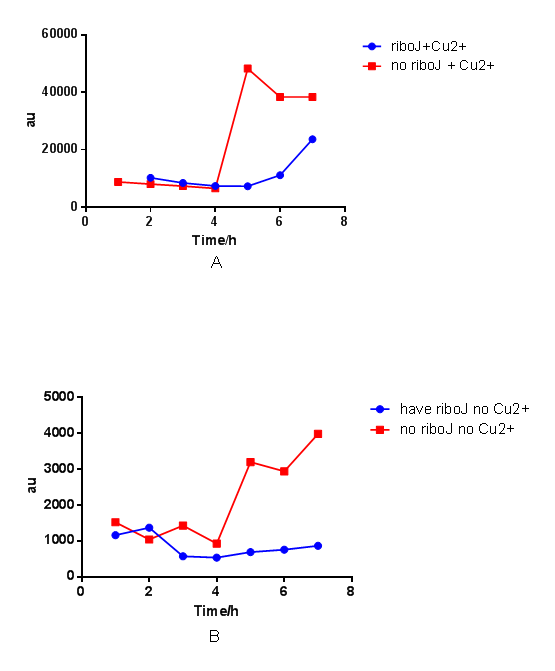 Fig .6 A.Changes in fluorescenceintensity induced by copper ion in E.coli over time B.leakage of copA promoter over time

We improve this by place Riboj between promoter and RBS, and replace sf GFP with GFP to construct BBa_K2555000. The construct include the promoter of cop A, ribosome binding site, self-cleaving RNA ribozyme RiboJ, and protein coding region-sfGFP. In E.coli. As a ATPase, cop A is regulated by a copper-responsive protein CueR(1). The promoter of cop A is more sensitive to copper than the other two copper-responsive promoter. RiboJ is an insulator commonly used in genetic circuits to prevent unexpected interactions between neighboring parts. Insulation with RiboJ may increase protein abundance. sfGFP increased resistance to denaturation, improved folding kinetics, and increased resistance to aggregation during refolding(2). sfGFP has been proven to be very useful for improved protein detection(3).

In order to show that our synthetic bacteria have a fully functional part that works, expression measurements were made. The construct was linked to sf GFP. For the parts plate reader was done. A plate reader is able to take optical density (OD600nm) and fluorescent measurements over time. OD is a measure of bacterial growth over time and fluorescence is a measure of protein expression over time.

In the absence of a lab, Universitas Indonesia 2021 iGEM team offers literature that gives additional information about CopA promotor.

The function of CopA protein act as copper transporter and resistance. CopA transcription is regulated by CueR, a copper and silver responsive member of the MerR transcriptional activator family [1]. Escherichia coli Nissle 1917, which we used in our project, also has CueR in their genes.

Previous study has reported that CopA promotor can sense ammonia in Bacillus licheniformis when CopA promotor sequence is inserted. A 0.0125% ammonium hydroxide was given to B. licheniformis whose original promotor was replaced by pCopA to express a-amylase. Result suggests that pCopA can mediate gene expression. Incubation after 96 h gives an optimal result (almost 5 fold of relative activity) for the a-amylase activity that we use and it remains stable until 120 h. Therefore, CopA promotor is also ammonia-inducible promoters [2]..