This part can be used in a Lambda repressor system using CI protein as an activator/repressor.

The Lambda Repressor The repressor is a part of the lambda phage and it regulates the lysogenic and lytic states of the virus. The Lambda repressor is the region in the lambda phage that is responsible for regulating the current state in infected host. The key regulator in lambda repressor is the lambda repressor protein CI (BBa_K105004). This protein represses the genes in the lytic cycle and maintains the lysogenic state. When CI dimerizes, it binds into its own promoter (pRM) upregulating its own production. In high concentrations, CI represses its production maintaining it on an appropriate level. Dimerized CI (figure 1) represses a lytic cycle transcription factor Cro by bindig to operator regions before pR.

The repressor region consists of two promoters, pRM and pR separated by common operator sites (OR 1, 2 and 3). The CI protein dimers bind to DNA in these three operator sites. Johnson et al. (1979) showed that CI binds cooperatively on the three operator sites (figure 2). The OR1 has the highest affinity for the CI dimer which recruits another dimer to the OR2 site. This represses the pR promoter and activates the pRM promoter blocking protein Cro production and activating CI production, respectively. Bell et al. (2000) suggested that these CI dimers at the two operator sites form a tetramer. Very similar interaction is observed between two of the three OL operator sites which are located 2,4kb away from OR operator. It was obvious that CI also binds to OR3 and OL3 sites, but in substantially higher CI concentrations (Johnson et al., 1979). This leads to repression of the pRM promoter. 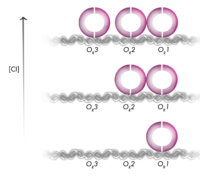 Fig. 2: The OR1 has the highest affinity for the CI dimer which recruits another dimer to OR2 site. OR3 has the lowest affinity for CI and CI binds to it only in a high enough concentration.

Fig. 3: Two tetramers at OL and OR sites form an octamer by looping the DNA. DNA looping juxtaposes OR3 and OL3 sites and allows them to be linked by a CI tetramer.

The cro and cI genes of lambda repressor can be replaced with other genes of interest while producing CI elsewhere. This way, the characteristics of the lambda repressor can be used in controlling the gene expression of chosen genes. This part is ready to be fused to a gene of interest to control its expression with CI concentration. However, looping of the DNA and rerepression of the gene requires the OL site which is not included. We also hypothesize that the sister part (BBa_K1443002) could be used instead.

You can read more about the lambda repressor at http://2014.igem.org/Team:Aalto-Helsinki/Research.

Johnson, A. D., Meyer, B. J., & Ptashne, M. (1979). Interactions between DNA-bound repressors govern regulation by the lambda phage repressor. Proceedings of the National Academy of Sciences of the United States of America, 76(10), 5061–5. Retrieved from [1]