The TMM enzyme is not specific to TMA as a substrate. The enzyme is also known to oxidize indole to indoxyl, which dimerizes into the well known blue pigment indigo. Indole is a natural product of tryptophan metabolism in E. coli. We took advantage of this indole production activity to characterize the TMM enzyme. After transformation, some dark colonies expressing TMM were observed (Fig. 1). 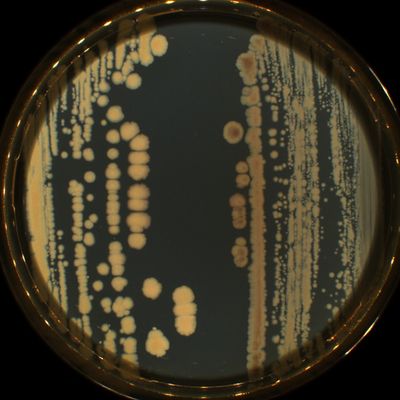 Figure 1. Dark colonies from transformation on LB+Chloramphenicol plates indicate the expression of TMM

E. coli that were cultured in LB supplemented with tryptophan (2 g/L) produced a deep blue pigment with absorbance properties matching those of indigo (Fig. 2). Indigo production was minimal or absent when TMM expression or tryptophan were not present. 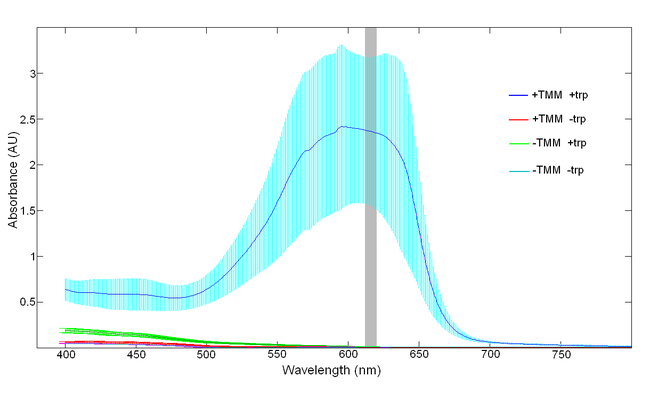 GC/MS demonstrated the degredation of trimethylamine, thereby confirming the activity of TMM (Fig. 3). The GC/MS was performed on extractions from cultures of TMM-expressing E. coli (TMM) and on a control expressing an empty vector in a LB medium supplemented with trimethylamine (1 mM). The results show a significant decrease (p-value = 0,0199) in the concentration of TMA in TMM-expressing E.coli (Fig. 3D). These data confirm the efficiency of fish odor degradation by TMM. 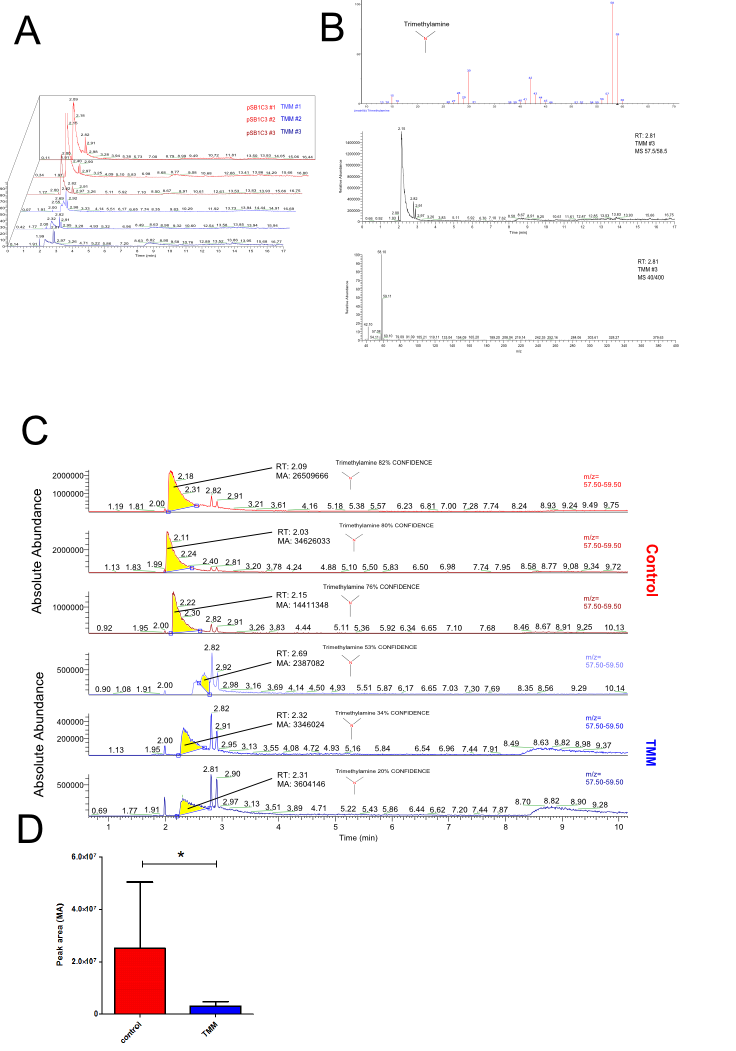