The casette of degradation module is comprised of constitutive promoter (BBa_J23106), tet operator (BBa_K079036), RBS (BBa_B0034), outer membrane protein A (ompA) (BBa_K103006) fused with LC Cutinase (BBa_K936014) , and terminator (BBa_B1002). We modified the ompA by deleting the stop codon, so it can fused well with the LC cutinase. LC Cutinase part we got from UC_Davis 2012 part. Bba_K936014 from UC_Davis just contains pelB-LC Cutinase-with polyhistidine tag. But, the LC Cutinase from UC_Davis 2012 that we characterized is BBa_K936020, because it contains promoter-RBS-pelB-LC Cutinase-polyhistidine tag. The characterization data can be seen in experience page of BBa_K936020. By using constitutive promoter, we expect the recombinant protein, in this case ompA-LC Cutinase, will be synthesized indefinitely. ompA is outer membrane protein. It comprises of β–strand B3-B7. Rather than using full sequence of ompA, we use ompA (46-159) fused with lipoprotein signal sequence, thus exposing it on the cell surface of bacteria1. We fuse lpp-ompA with LC Cutinase, an enzyme that exhibit esterase activity. LC-Cutinase esterase activity will cleave the ester bond on PET and releasing terephthalic acid and ethylene glycol as a product. Fusion strategy of lpp-ompA on LC Cutinase gene is one of our way to create a whole cell biocatalyst which will be an effective molecular machinery to degrade PET on the environment. Due to constitutive expression of the recombinant protein in E.coli, there is a possibility of formation of insoluble protein inside the cell (inclusion body), because of that, we put tet operator upstream of RBS for further regulation.


For biodegrading experiments, we used 3x5 cm2 bottle plastics with average weight 0.05 g. Then, we washed it several times with water and ethanol.

Plastic sample was applying just before we inoculated the bacteria on the medium. Bacterial culture were grown at 37C in Luria-Broth medium. After 3 days of incubation, we washed the plastic with water and ethanol then dried for measurement of the weight loss.

Meanwhile, for UC Davis bacterial culture, we inoculated the bacteria in Luria-Broth medium supplemented with 170 ppm cloramphenicol. After an absorbance A600 nm of 0.6 was reached, we added 1% of arabinose and plastic sample. After 2 days of incubation, we washed the plastic with water and ethanol then dried for measurement of the weight loss. We used medium supplemented with antibiotics and plastic sample as control on this experiment.

SEM image shows that cracks were observed at the surface of a plastic sample (PET) after incubation on the bacterial culture. But, there is no significant weight decreased of the plastics samples. From this SEM study we conclude that Ompa-LcCut fussion ITB_Indonesia were able to degrade PET plastics samples. Figure 1. shown the control sampel that we could not observe any cracks. Figure 2 shown the PET degradation by OmpA-Lc cutinase from ITB_Indonesia. 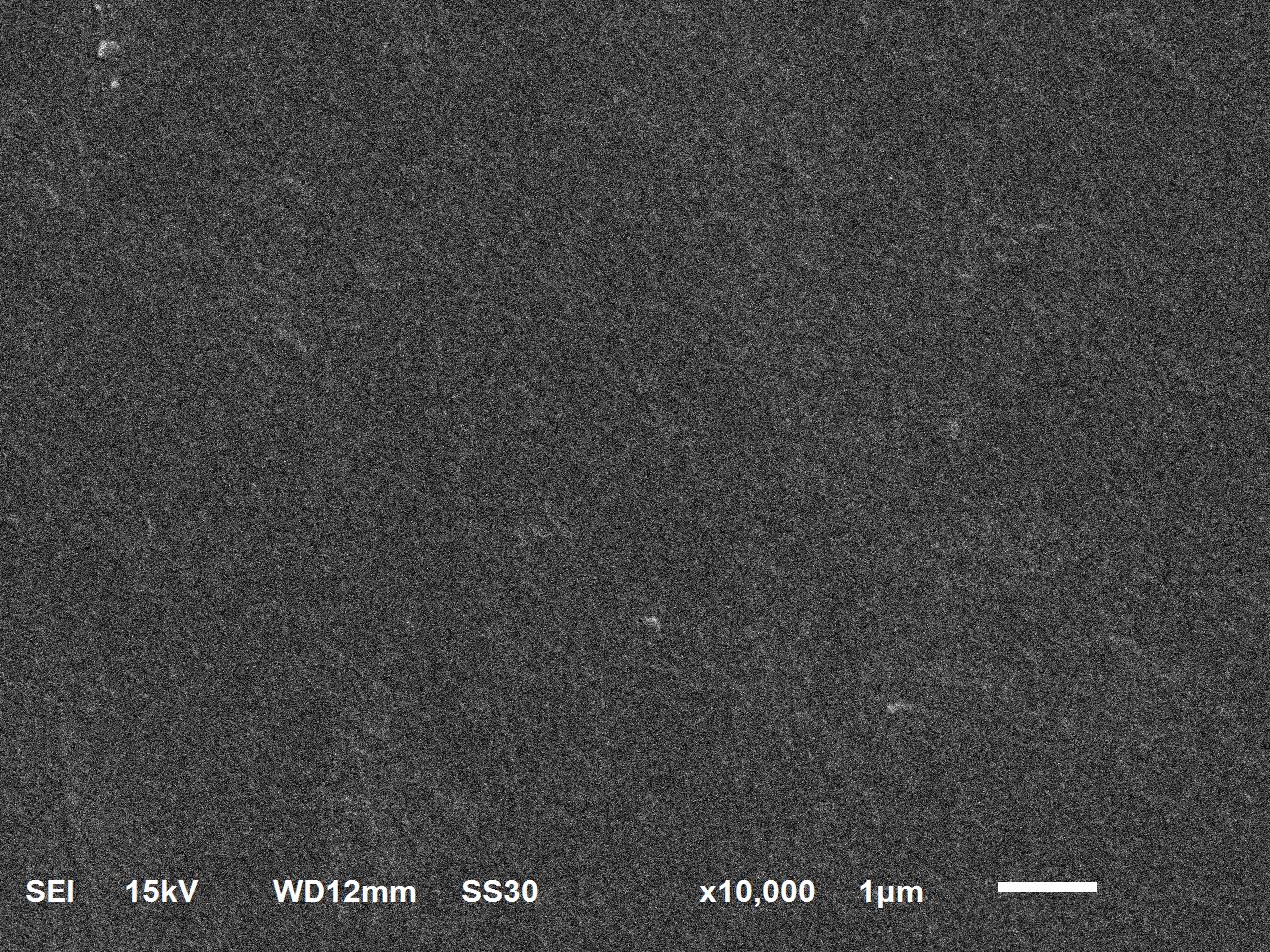 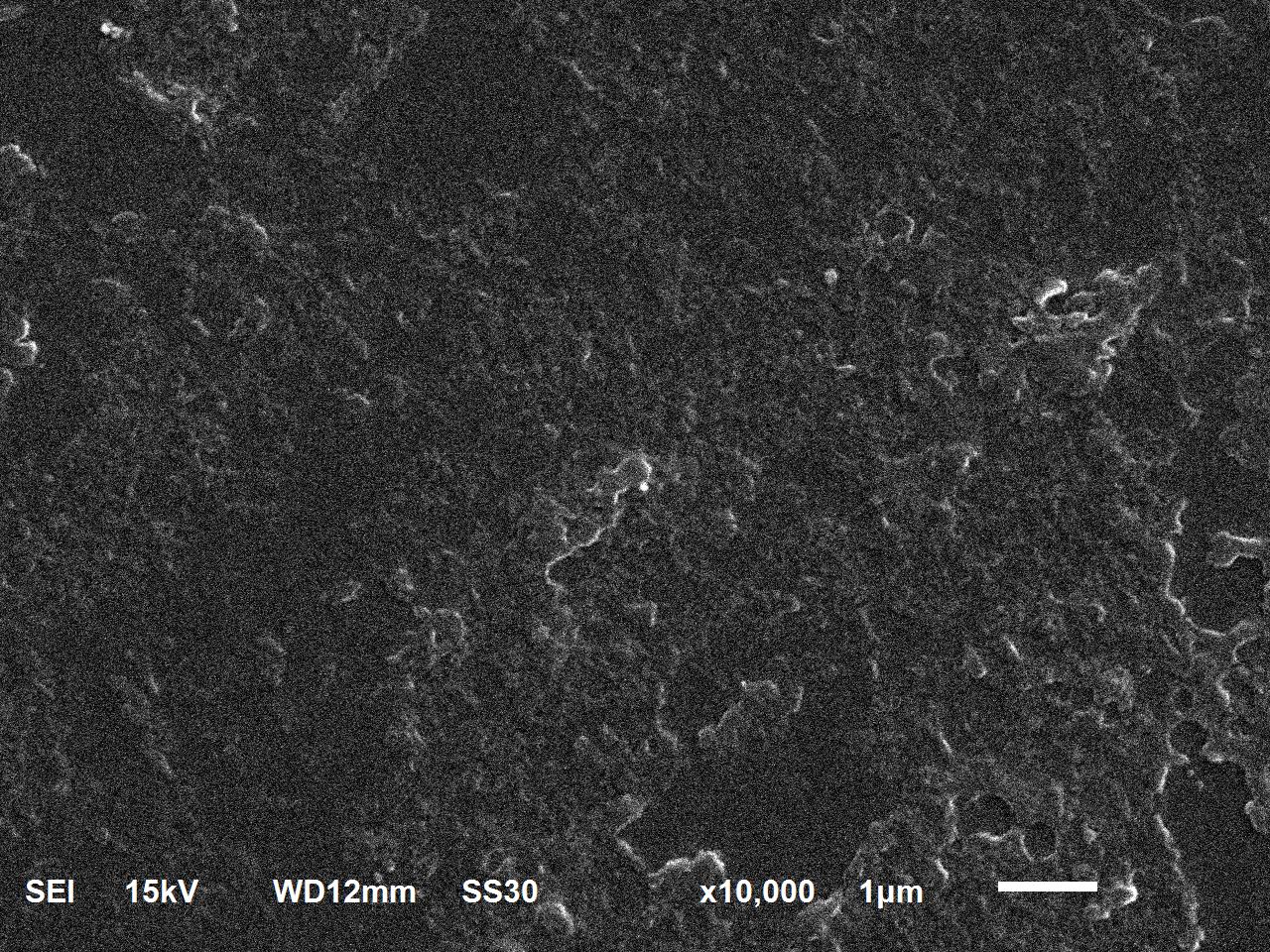 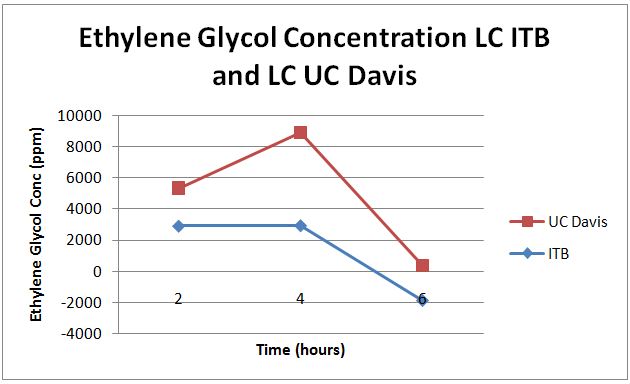 From this experiment, we are able to confirm that ompA-LC-cutinase from ITB_Indonesiasuccessfully perform activity. But, its suggest that we still have to check the possible activity in different time of bacterial growth, the expression rate, the LC-cutinase presentation by ompA and activity assay using different substrate. 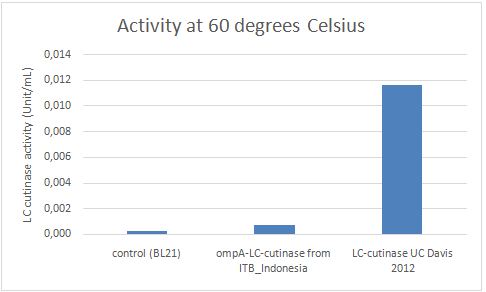 Figure 1.LC Cutinase activity. The enzymatic activity was determined at 60C in assay condition using pNP-palmitate (C16) as a substrate. The experiment was carried out twice. 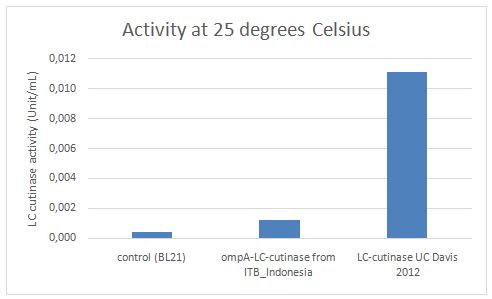 Figure 2.LC Cutinase activity. The enzymatic activity was determined at 25 C in assay condition using pNP-palmitate (C16) as a substrate. The experiment was carried out twice.