For characterization, PcelA Measurement Kit BBa_K1379002 in plasmid pSB3K3 was used. The construct was further assembled with σX generator BBa_K1379006 to give BBa_K1379005. 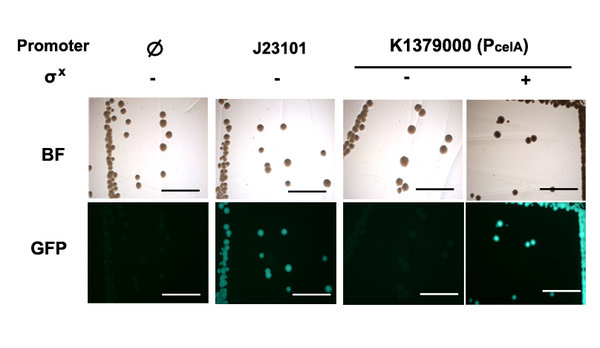 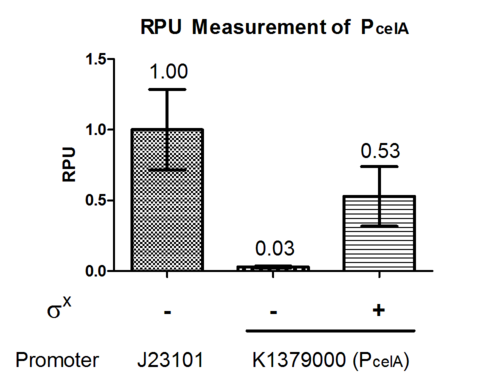