We have colaborate with the BGU team. They conducted an AHL detection experiment (Marks R.S.and Kushmaro A., 2011) to help us test this part. 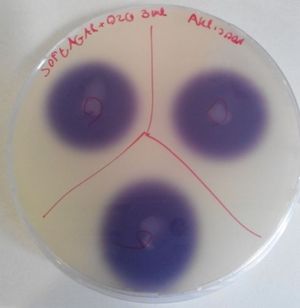 TOP10 bacteria containing gate 1The TOP10 bacteria containing Gate 1 were spread on LB agar plate and after half an hour the plate was covered by soft agar containing the indicator strain CV026. After incubation, a purple color appeared on the plates. Although aTc wasn't added to the bacteria, the leakiness of the Ptet promoter enabled sufficient expression of AHL. The results means gate 1 was assembled correctly and functions as expected. 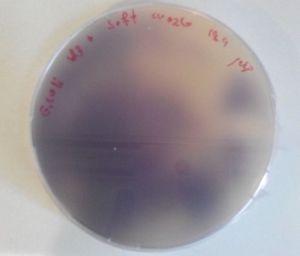 Picture 2. TOP10 bacteria with gate 1 on LB agar plate which was covered by a soft agar containing the indicator strain.

In a different assay a soft agar with the indicator strain was spread on the plates. 100µl of the supernatant from the TOP10 growth medium were spread on top of the soft agar. After incubation, a color change didn't appear. This time the low expression of AHL caused by the leakiness of the Ptet promoter wasn't sufficient in the supernatant in order to change the color of the indicator strain. The reason for the results is that the induction of gate 1 by aTc was missing. 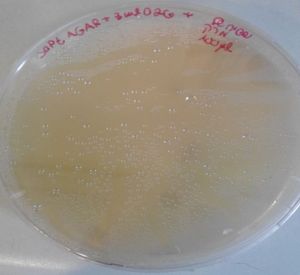 Picture 3. 100µl of the supernatant from the TOP10 containing gate 1 growth medium on soft agar with the indicator strain.

Link to the experiment on Technion Wiki page: http://2014.igem.org/Team:Technion-Israel/Experiments#gate1