This is the coding sequence of DsRed_T3 (DNT), a highly fluorescent mutant version of a red fluorescent protein originally found in Discosoma (corals) (Dunn et. al., 2006). It was codon optimized for Staphylococcus aureus by Bose et. al. (2013) and we had this part synthesized by Bio Basic Canada Inc. 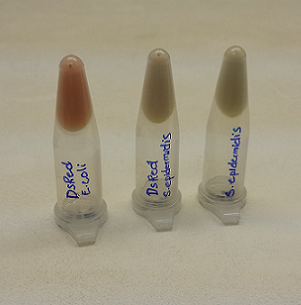