Not Released
Sample In stock
RFC: 25
Experience: None
28 Uses
1 Twin
Get This Part

Please see below for AutoAnnotator information about the final protein product.

This part is based on the double cellulose-binding domain construct (CBDcbh2-linker-CBDcbh1) synthesised and characterised by Linder et al (1) who found that this double CBD had higher affinity for cellulose than either of the two CBDs on their own. The main difference is that our part contains an additional linker sequence on the N-terminus of the protein.

The two CBDs are from the fungus T. reesei (Hypocrea jecorina) Exocellobiohydrolase (Exoglucanase) I (cbh1), uniprot ID P62694; and Exocellobiohydrolase (Exoglucanase) II, uniprot ID P07987 (cbh2); with a linker peptide between the two CBDs and at the N-terminus of the protein. Both linkers are the same amino acid sequence and are based on the endogenous linker sequences that exists in cbh1 and cbh2 genes. The linker sequence is PGANPPGTTTTSRPATTTGSSPGP which is the same as used by Linder et al (1). The first three amino acids are from the cbh2 endogenous linker, and the rest is from the cbh1 endogenous linker. CBDcbh1 is placed C-terminal to CBDcbh2 because naturally CBDcbh1 is a C-terminal domain and CBDcbh2 is an N-terminal domain. Both CBDs are from the CBM family 1. The precise location of the CBD within the cbh genes was slightly different according to the uniprot annotations and the sequence used by Linder et al (1); we chose to use the sequence from the paper since the protein was expressed and characterised successfully. 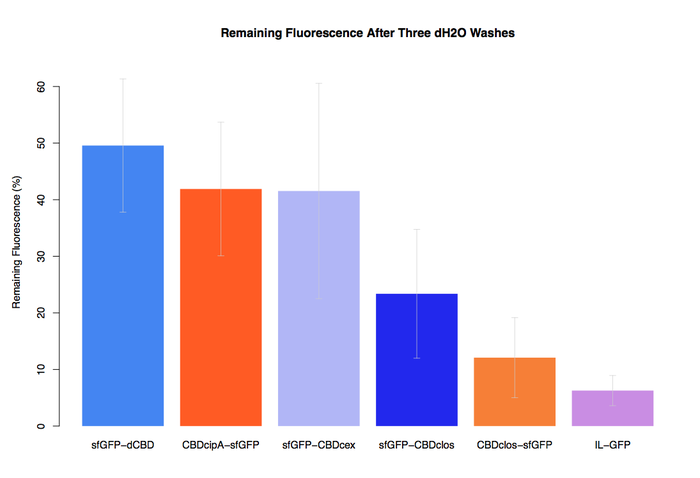 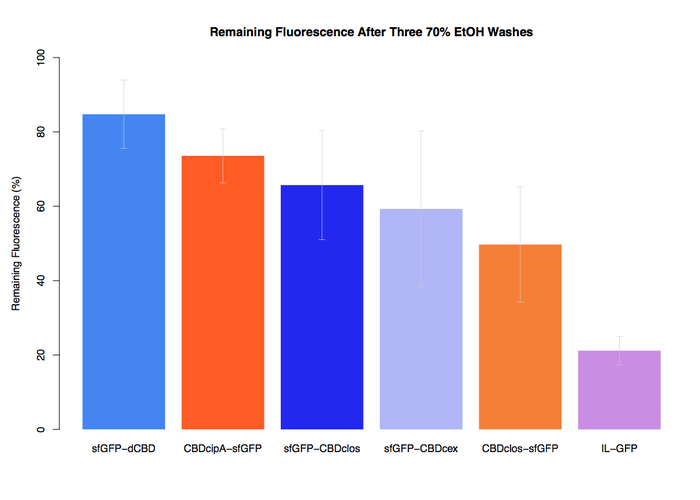 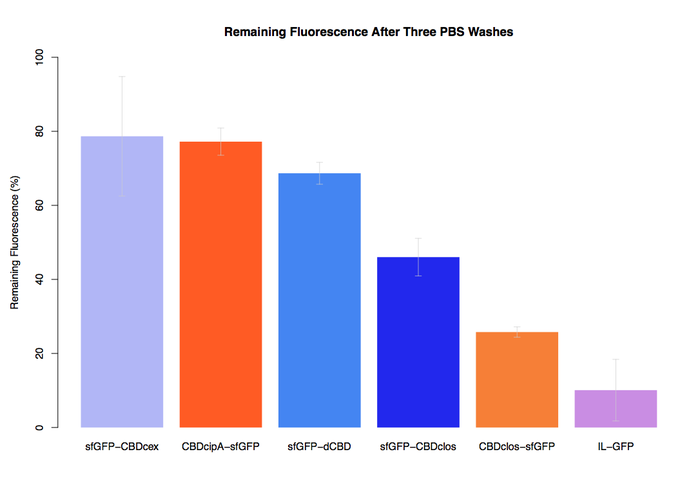 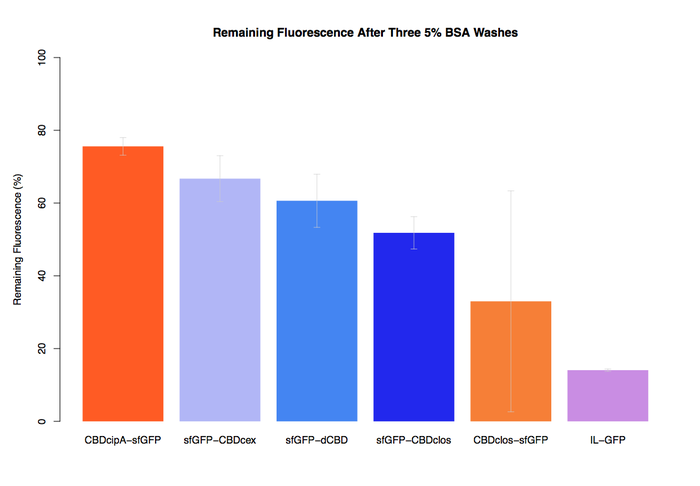 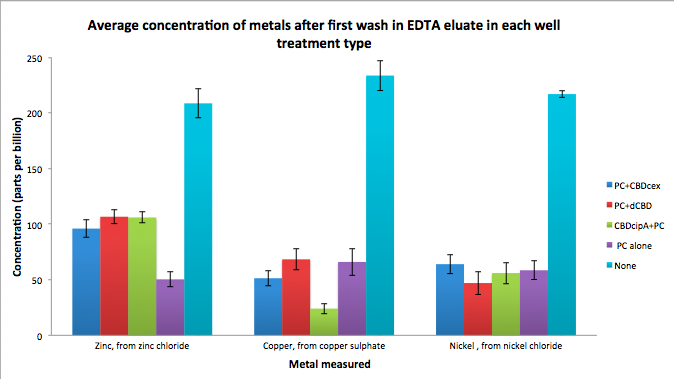 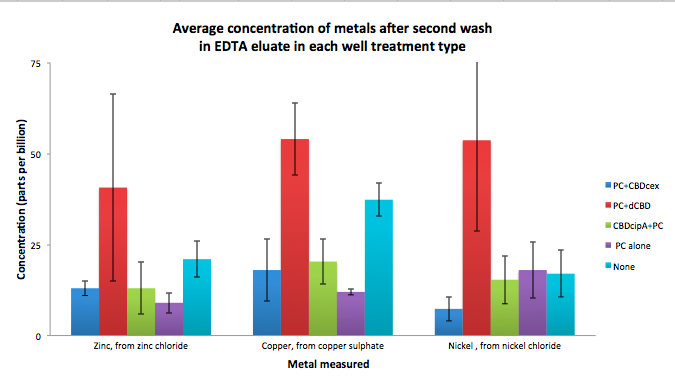 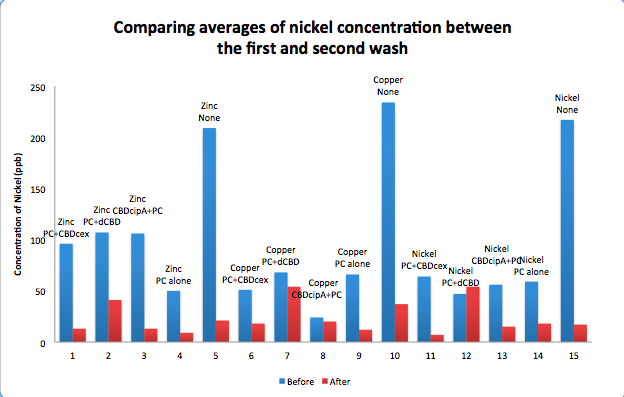 In our experiments with BBa_K1321340, we took advantage of the endogenous linker and fused a hydrophobic domain to the N-terminus to create the part BBa_K3260031.

The video linked above shows one of our tests with printing with protein lysate. The lysate that we loaded into the black ink cartridge contained BBa_K3260031(our dCBD + our hydrophobic, or Radek) domain. Directly below is a labelling of this video with channel widths for each component in our testing template. The blue regions are plain printer ink, while to the white sections in between the blue and the black outline of the channels are printed protein lysate. We can see on the range of straight, separated channels that the water efficiently wicked up the 250um wide channel and the 200um channel. On the largest “flower” template, the water flowed up the 800um and 900um channels. We also see a successful serendipitous negative control of our device once the water flows past the end of one of the 900um channels and starts penetrating the paper printed with blue ink. This provides a nice contrast with the channel flow and illustrates that while the resolution of the channels isn’t extremely sharp, the dCBD is definitely bound to the cellulose substrate, and the hydrophobic protein is certainly performing its function. On the smaller scale flower channels, the water efficiently travels down the 100 - 500 um channels, which is indicative of its functionality on lower resolution ranges. The effectiveness of the hydrophobic domain is only made possible by the binding affinity of BBa_K1321340, the dCBD.

This part was codon-optimized for expression in E. coli. We attached this part to SpyCatcher002 to yield a SpyCatcher002-dCBD construct, which can be used for anchoring SpyTagged proteins onto a microcrystalline cellulose matrix. From structural predictions using AlphaFold as well as solubility tests, we found that the SpyCatcher002 and dCBD domains fold independently and do not inhibit each other's functionality. See BBa_K3765004 and BBa_K3765012 for more details.