This is a mammalian GFP generator used for characterization of our CMV promoter (BBa_K1119006). This GFP generator contains the CMV promoter sequence with GFP reporter in RFC25 format(BBa_K648013) and hGH polyA terminator (BBa_K404108).

This GFP generator was then transfected into HEK293FT cells and in vivo green fluorescence signal was observed under confocal microscope.

The detailed protocol of our characterization can be found in HKUST iGEM 2013 Wiki. 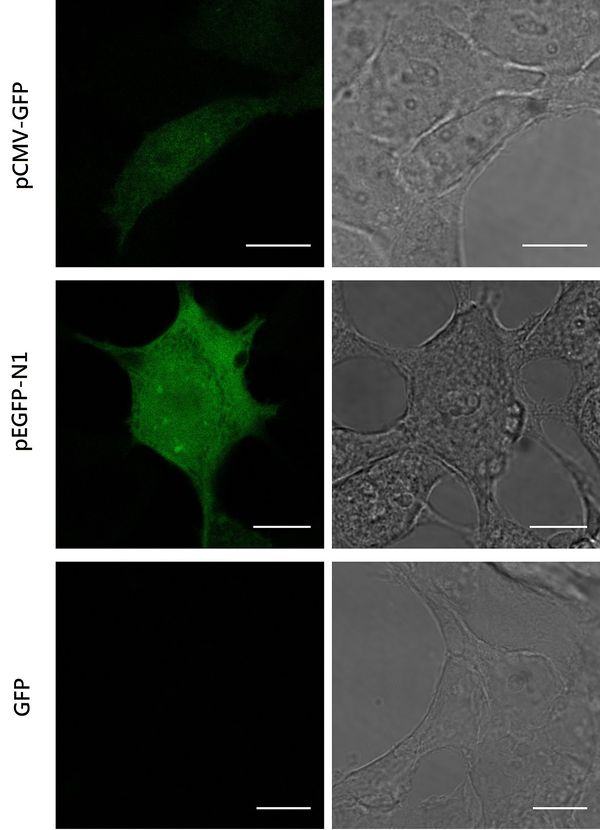 iGEM Technion 2017 improved this part to BBa_K2520006. This improved device contains a TRE promoter instead of the original CMV, to allow for inducible expression of GFP within mammalian cells.