Constitutive promoter inducing GFP expression
This plasmid contains the constitutive promoter BBa_J23119, that was designed by the 2007 Berkley Team. We inserted it into the biobrick BBa_I746908 instead of the AraC promoter. The cells that contained this construct turned bright green. We used them as a positive control to characterize two of our other parts which contain the same plasmid but have inducible pormoters instead. 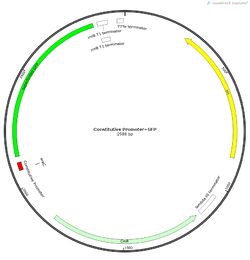 Figure 1: The Plasmid containing the constitutive promoter and superfolded GFP

This plasmid had many applications, expecially in our igem project: 1.) it is used as a positive control for any promoter that is to be tested 2.) We used it for our synthetic biology Kit that was part of our Human Practice. As the fluorescence is seen by the naked eye, it makes a very nice experiments to make students interested in synthetic biology. 3.) the plasmid itself confers a chloramphenicol to the bacteria. 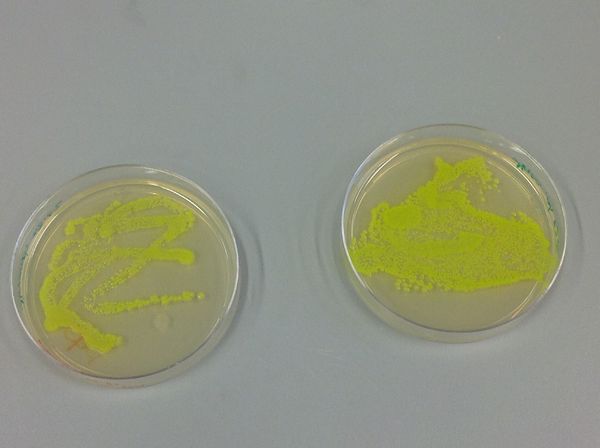 We used Gibson Assembly to insert this constitutive promoter into the pSB1C3 Backbone. We used the biobrick BBa_I746908 where we remove the Arac promoter but left the superfolded GFP. This way, the latter was under control of our Cad promoter. 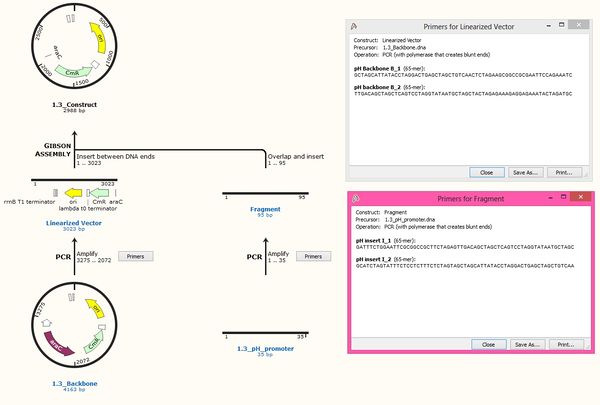 Figure 1: History of the Gibson Assembly including Primers

We sequenced both the Promoter and the superfolded GFP. Both sequencing results showed that there were no mutations in the sequences.

Figure 2: Sequencing result of the constitutive promoter using one foreward Primer that binds directly to the beginning of the promoter 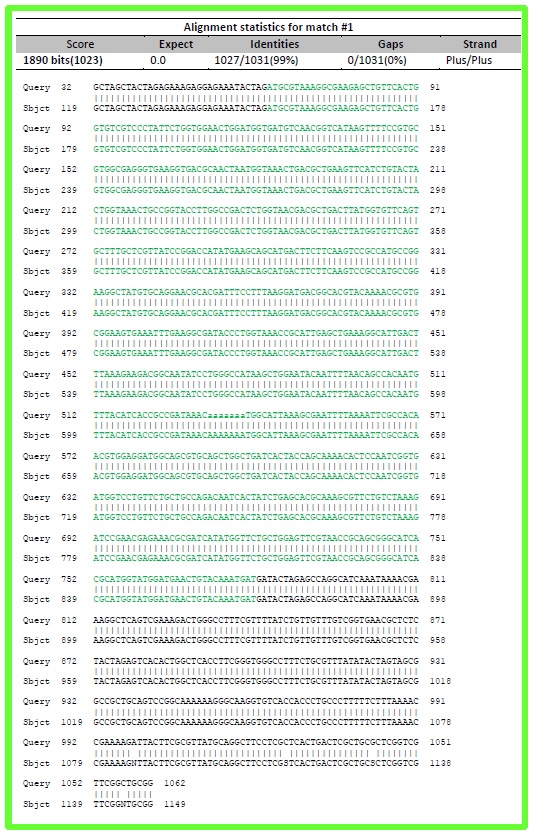 Figure 3: Sequencing result of the superfolded GFP using one foreward Primer that binds to the VF2 bindning site in the pSB1C3 plasmid

We plated the transformants on agar plates containing the antibiotic Chloramphenicol. As one can see, the expression of superfolded GFP can be seen very nicely by the naked eye.

Figure 4: Two plates were used to grow the bacteria over night at 37°C. The next day they had turned bright green.

We transformed cell with our plasmid and then measured their OD in different media with different pHs. We compared this data with the Fluorescence measurements and were able to conclude that the reason why GFP expression decreases at low pH is that the cells are actually dying. 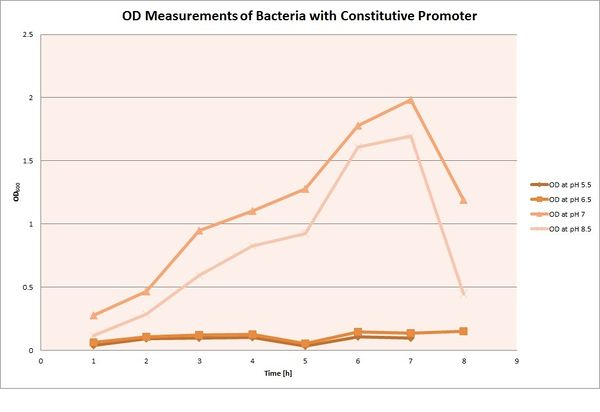 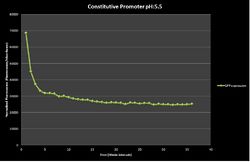 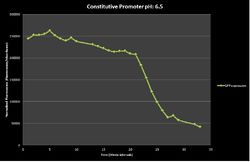 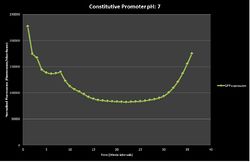 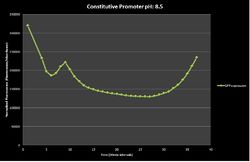 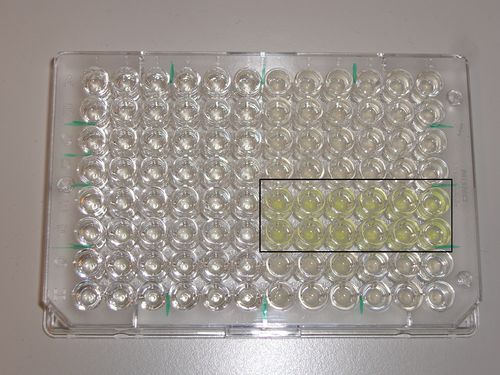 Figure 10: Plate used for the PlateReader experiment. The cell marked in a black rectangle are the ones containing the constitutive promoter.

Observing Fluorescence under the microscope

We let the cells grow in media with different pH values and then checked if the pH has an impact in the expression of GFP. We used these cells as positive controls for two of our other constructs, in order to be able to campare the fluorescence qualitatively. 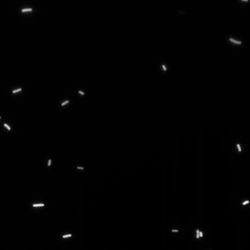 Figure 11: Fluorescence of transformed DH5-alpha cells in a medium where we added a 10X HEPES buffer and LB in a 1:1 ratio 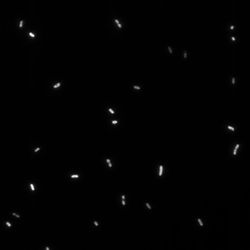 Figure 12: Fluorescence of transformed DH5-alpha cells in a medium where we added a water and LB in a 1:1 ratio 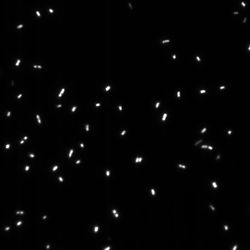 Figure 13:Fluorescence of transformed DH5-alpha cells in a medium where we added a 10X HEPES buffer and LB in a 1:1 ratio