Not Released
Sample In stock
Experience: None
Not Used
3 Twins
Get This Part

This is a GFP expressing constitutive device for the 2017 iGEM InterLab study. It is called Test Device 2 for the study for easy reference.

This device is stored in pSB1C3 for the InterLab and is fully BioBrick compatible.

We chose to characterize a GFP-expressing composite part to obtain quantitive information about gene expression by measuring fluorescent reporter genes. Our aim is to convert relative fluorescent values to absolute units using the fluorescein standard from the iGEM measurement kit.

First, a qualitative experiment was conducted with a dilution series of two separate cultures of Escherichia coli DH10B transformed with the composite part BBa_J364001 to investigate whether a fluorescent signal can be detected:
Composite part BBa_J364001 was heat shock transformed into chemically competent E. coli (DH10B). A single clone was picked and an overnight culture prepared. The following day OD600 was measured. A 1:2 dilution series was prepared and fluorescence was measured at 485 nm excitation and 515 nm emission (see figure 1 and 2) 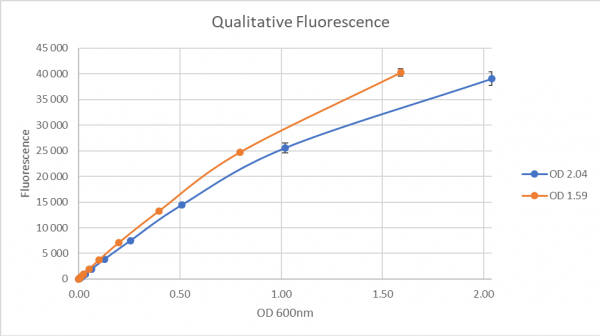 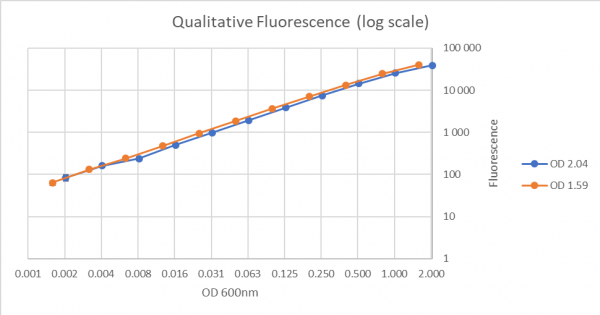 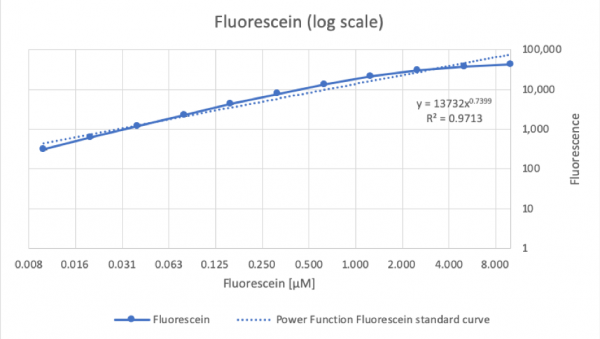 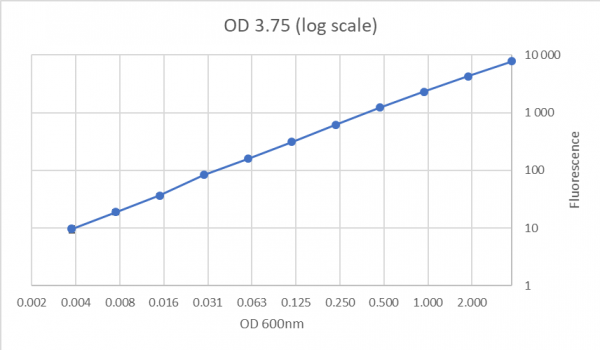 To check for reproducibility, the experiment was repeated following the same protocol (see figure 5 and 6). 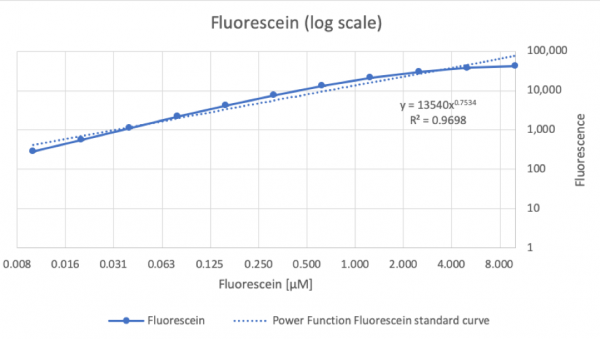 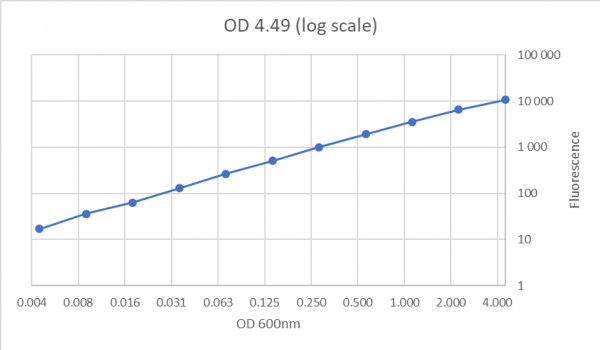 The arithmetic net mean was calculated for OD600=4.49. The cell count was calculated to 3.59*109 cells*mL-1. This leads to 2.01*10-19 mole per cell and around 121,000 fluorescent molecules per cell at an OD600 of 4.49 after 15h of incubation. This data confirms the observations from the first experiment. Raw data from the plate reader here
Parameters: 485nm excitation, 515nm emission
Materials:
- LB-media with Chloramphenicol
- Tecan Infinite 200 plate reader
- white 96-well plates with white flat bottoms
- Hitachi Photometer U-1900