Not Released
Sample In stock
Experience: Works
328 Uses
Get This Part 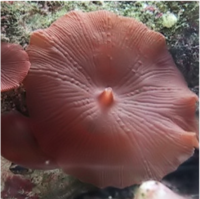 The mushroom coral Discosoma sp. is the source of monomeric RFP. 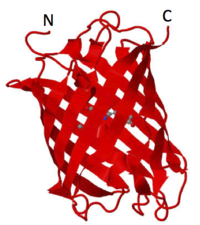 "Monomeric cherry" (mCherry) red fluorescent protein is a derivative of monomeric RFP from the mushroom coral Discosoma sp. (Shaner et al. 2004, Shu et al. 2006). This BioBrick was codon optimized (by the lab of Pam Silver) for expression in human/ mammalian cells. Only a single copy is needed for detectable signal. We have assembled two copies in tandem to create a "bulky" protein for use as an artificial transcriptional repressor (Haynes et al. 2012).

We were searching for fluorescent protein-coding genes to be used in our project. This BBa_J176005 iGEM part was listed in the well 1C of Plate 6 of the 2018 Spring iGEM Distribution Kit. The plasmid backbone listed was pSB1C3 (see http://parts.igem.org/partsdb/get_part.cgi?part=BBa_J176005). We had tried to do transformation with the provided plasmid DNA on E. coli DH5_alpha cells and grow the transformed cells on Chloramphenicol plates. However, no mCherry red color had shown up on the plates. Therefore, we would like to let other iGEM teams know that this BBa_J176005 contains just a coding sequence with no promoter to be expressed in E. coli.