Not Released
Sample In stock
RFC: 23
No Results
7 Uses
Get This Part

In order to check the functions of our system that whether two frames standing near enough so that enzymes could react easily, we divided the sequence of GFP into two parts called N-fragment and C-fragment. This is the latter. This works like this way: only when supplied with the proper distance for tow enzymes will it produce light output.

BiFC analysis has been used to study interactions among a wide range of proteins in many cell types. The study of interactions and post-translational modification of the protein makes people master the biological regulatory mechanism more. Interactions in protein are also highly valued, so there have been a number of related technologies having different characteristics and applications[1-2].

Such as GFP,after the sequence of certain sites in interchanges with the amino-terminal or carboxy-terminal sequence loop, it could still be able to fold correctly to form the structure of the chromophore and maintain fluorescence properties[3-5].

When fusing the GFP2 with our TALE2/3, we found the additional T base on the 5’ terminal of the BBa_I715020 annoying because it may cause frameshift mutation if we just use the standard Bio-brick assembly to fuse two enzymes. And that mutation may disable the whole reporter gene. In order to meet this challenge and make this part easier to use, we designed a pair of prime to remove that additional base and make this part easier to be used. 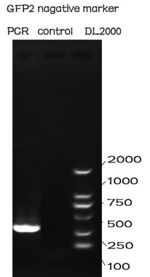 The result shows that this part can shine with GFP1.

Summary: In this contribution, we further improved the characterization of BBa_ I715019 by optimizing its expression parameters. Also, we introduced another split-GFP system based on the sequence provided by BBa_ I715019 and BBa_ I715020 with a better noise-signal ratio compared to the traditional approaches.

To further improve the function of existing parts, we stimulate an in vivo PPI situation, and tried to optimize the culture condition for a better signal-to-noise ratio (SNR). For such matter, two devices, containing split-GFP fragments and a complete or spited zinc finger protein, were built under control of a lac operon controlled T7 promoter. The complete zinc finger protein was to stimulate a PPI positive situation, while the split one was to stimulate a PPI negative situation . Fluorescence signal was detected by a microplate reader after an overnight culture under various conditions.  Relative fluorescence intensity was then calculated with normalization of OD600 value. The relative fluorescence intensity of each control group was set arbitrarily at 1.0 (data not shown), and the levels of the other groups were adjusted correspondingly. Results shown a better SNR under 20℃ and 0.5mM IPTG induction (Figure 3). Thus indicating that better performance of such system could be expected under lower culturing temperature. 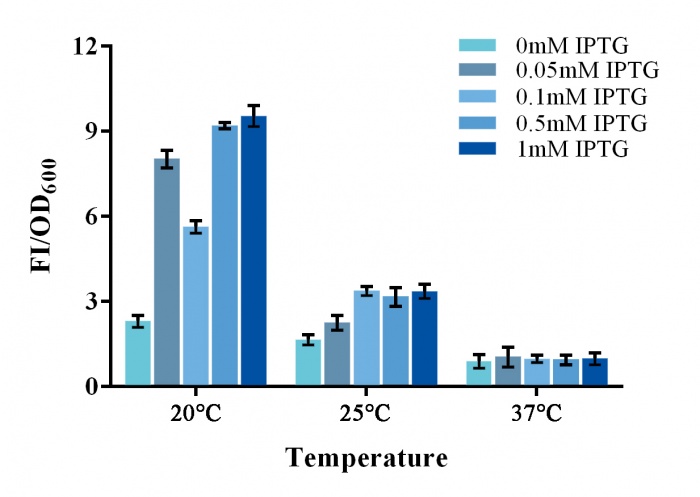 Figure 1. Evaluation of the split-GFP system under different expression condition.

Relative fluorescence intensity was calculated with normalization of the OD600 value. The relative fluorescence intensity of each control group was set arbitrarily at 1.0 (data not shown), and the levels of the other groups were adjusted correspondingly. Green fluorescence was measured under 488nm of excitation and 538nm of emission. This experiment was run in three parallel reactions, and the data represent results obtained from at least three independent experiments. *p<0.05, **p<0.01.

To further improve the function of split-GFP system, another method of splitting GFP was introduced and tested in our project. Instead of a traditional two-part split, we split the GFP protein into three fragments namely GFP10 (residues 194-212), GFP11 (residues 213-233) and GFP 1-9 (residues 1-193)14. Due to their short length, two small fragments can be easily fused onto proteins with less affection on their folding (figure 2A).

Relative fluorescence intensity was calculated with normalization of the OD600 value. For Relative FI ratios, relative fluorescence intensity of each control group was set arbitrarily at 1.0, and the levels of the other groups were adjusted correspondingly. This experiment was run in three parallel reactions, and the data represent results obtained from at least three independent experiments. *p<0.05, **p<0.01.