Peking iGEM 2015 combines the homotetrameric streptavidin (STV) protein with the N-terminal 416 amino acids of firefly luciferase through a GGGGSGGGGS linker. Biotin-STV interaction is one of the strongest noncovalent interactions in nature, and is frequently applied as a simple approach to generate semisynthetic DNA-protein conjugates. [1] Split luciferase is particularly useful as split bioluminescence reporter for studying protein-protein interaction. [2] In our dual molecular beacons (MB) detecting system, the fusion protein was incubated with biotinylated MB. And when two parts of split luciferase get closed to each other, they will catalyze the luciferin oxidation to produce luminescence signal that could be detected by microplate reader.

This part was constructed on pET28a backbone, placed under T7 promotor and lac operator. Then the recombinant plasmid was transformed into E.coli BL21 strain. However, during protein expression and purification we found that most of the fusion proteins are insoluble in the cell. The inclusion bodies were isolated and then dissolved in 6 mol/L granidine hydrochloride, following by refolding via dilution into pH 8.0 Tris buffer. [3] SDS-PAGE showed the high expression level and high purity of protein. 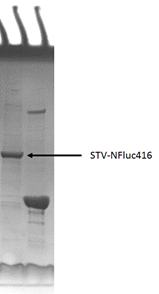 The purified proteins were incubated, respectively, with one of the biotinylated MB, to synthesize the MB. 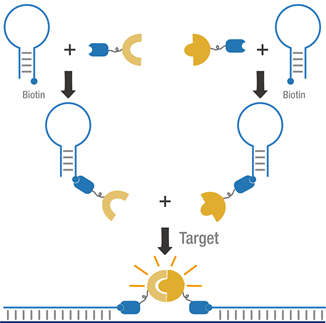 We verified the newly synthesized MBs by applying them to targeting a commonly mutated region of the K-ras gene involved in many cancers (the DNA was prepared by PCR amplification). To find out an appropriate test condition with a high signal-to-background ratio, we first determined the appropriate concentration of each protein and MB; then the signals generated at different concentrations of DNA or RNA target were also examined. 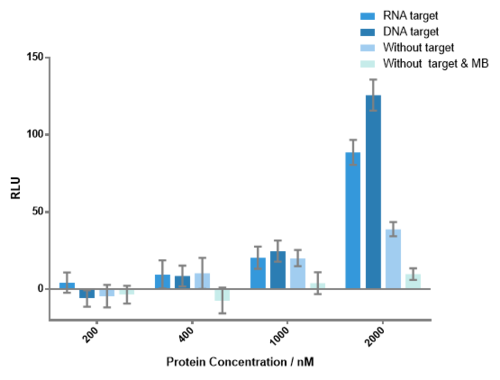 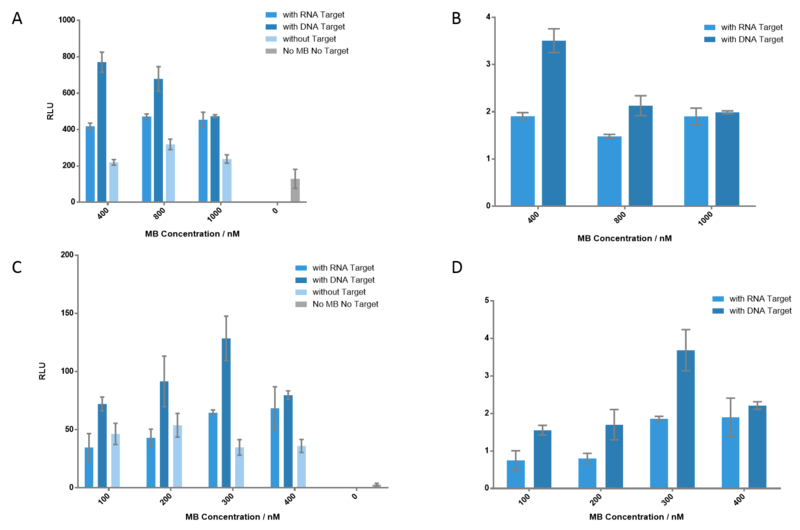 We then created target sequences with a gap size ranging from 0 to 15 nucleotides and investigated their effect on the enzymatic reactions. 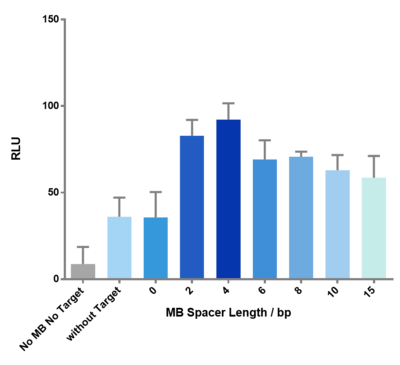 Figure 7 The effect of spacer length on the luminescence signal. As the spacer length gets longer, the signal goes through an up-and-down process, which precisely matches our expectation. Spacer length of 4bp gave the highest signal.