RFP sequence, based on E1010, with the number of possible pyrimidine dimer-forming sites increased to the maximum possible amount.

To generate this RFP variant with enhanced mutation resistance, we made synonymous codon substitutions to the commonly used E1010 RFP sequence in the registry. These sequence modifications were preformed by a computer algorithm developed by the Vanderbilt 2015 team. The algorithm found every location where it was possible to introduce UV-dimer hotspots, including CT, TT, CC, and TC base pairs. Each pyrimidine dimer sequence hotspot was assigned a weight corresponding to that particular hotspot's mutagenicity. These weights were taken from previously published quantum yields of each photodimer, as determined by HPLC-MS/MS (Douki 2013).

Overall, our optimization algorithim was able to increase the UV-mutagenicity score by 39.5% relative to the original E1010 sequence. As shown on the Vanderbilt 2015 Project page, we have demonstrated that a reduction in mutagenicity score correlates with decreased mutation rates, and thus we expect a mutation-maximized sequence to have increased rates of mutation. We made this modification to demonstrate the potential of mutation-maximization, which would be beneficial for accelerating directed evolution experiments.

We first check for the successful integration of our synthesized sequence for K1673103 first by restriction digest. A band was produced at 2.8 kb, as expected for the sequence in pSB1C3. We then sequenced the gene from the forward and reverse ends using VF2 and VR primers. This sequencing conclusively determined that our optimized sequence was present and in the correct orientation.

Because our ultimate goal was to test this RFP sequence in the context of directed evolution, we only applied a weak version of our formula for maximizing expression. The result was RFP that still expressed well, albeit at levels under 50% the intensity of the original E1010 RFP sequence. By compairson to another of our RFP sequences with similar expression, we would be able to test if our mutation maximization accelerates directed evolution experiments. 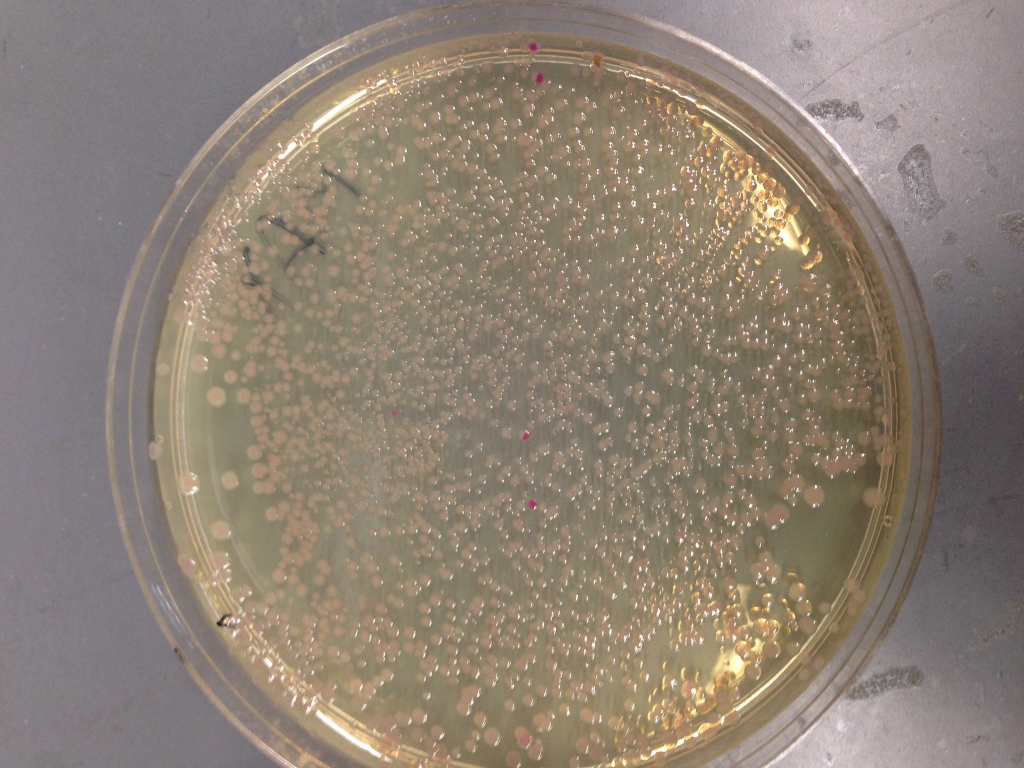