Localisation tag for plant reporters, which localises them to the nucleus. Compatible with the Plant Syntax (RFC105) as a C-Terminal fusion.

Add this tag to the 3' of your ORF. IMPORTANT: this contains flanking restriction sites for use with RFC105 compatible assembly.

When used in conjunction with fluorescent reporters, nuclei are distinguishable with 2.5X magnification.

This tag (in Marchantia) does not appear to interfere with plant growth, in contrast to histone-binding localisation tags (for example, H2B), which may do so.

Its use is extensively recorded in the literature.

In combination with confocal microscopy, it becomes possible to identify nuclei in vivo (Marchantia) at a very exact z-position: 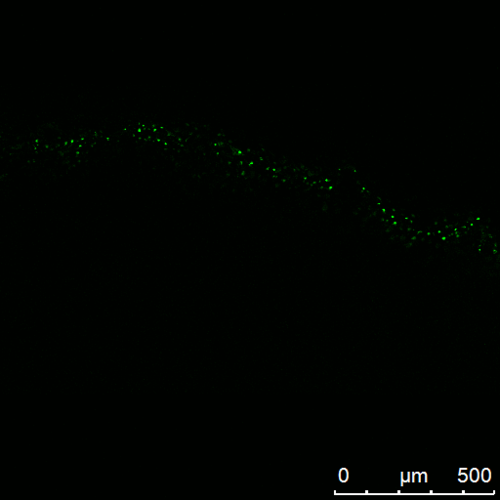 This tag can be very useful for counting cells, finding cell seeds in order to use balloon segmentation (in conjunction with LTI) and also for visualizing multiple channels of fluorescent proteins across constructs.

In conjunction with image analysis techniques, the use of this tag can enable high-throughput quantification of gene expression [when standardized sample conditions are used]. 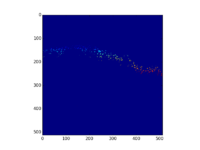 The above image following labelling

As an example application of labelling, we can estimate the distribution of expression using the average pixel intensity: 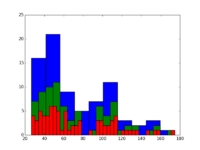 Estimating the distribution of average pixel intensity with varying sensitivities.

The identification of nuclei was done using Python's scipy.measurements.image.ndlabel method.