This chromoprotein from the coral Stylophora pistillata, spisPink (also known as spisCP), naturally exhibits strong color when expressed. The protein has an absorption maximum at 560 nm giving it a pink color visible to the naked eye. The strong color is readily observed in both LB or on agar plates after less than 24 hours of incubation. The protein spisPink has significant sequence homologies with proteins in the GFP family.

Important: This part is not available in the registry yet, however, the same part is available from the registry with the standard RBS B0034: BBa_K1033925. 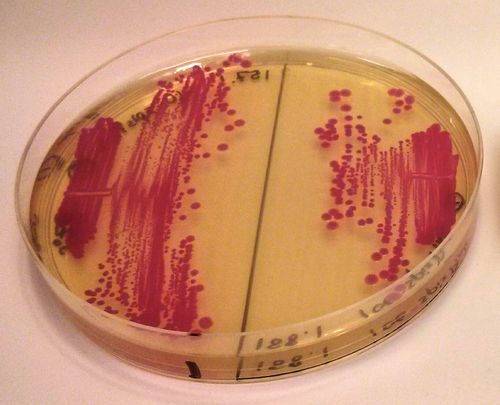 Stylophora pistillata. The protein was first extracted and characterized by Alieva et. al. under the name spisCP (GenBank: ABB17971.1). This version is codon optimized for E coli by Genscript.

Summary: We have improved the characterization of this part by constructing it into a yeast expression vector and expressing it in a new chassis organism, S. cerevisiae. 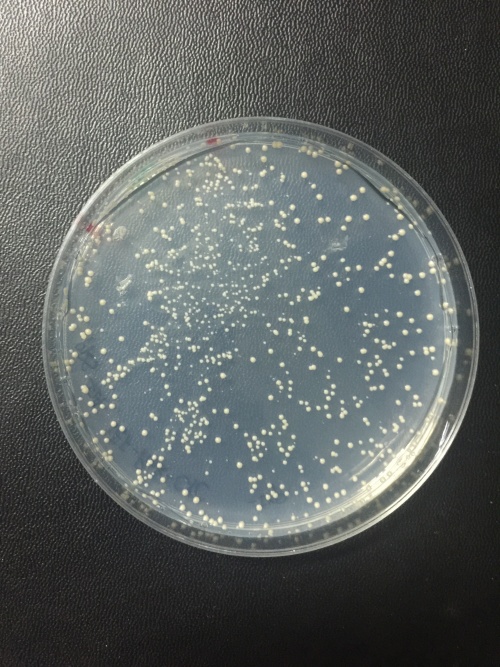 The expression of spisPink protein in yeast cells

Yeast cells were transformed with plasmids (backbone: pRS424; Promoter: TEF2; Terminator: CYC1) constitutively expressing spisPink protein. auxotrophic medium was used to ensure the successful transformation of plasmids, and this picture was taken 72 h after transformation. As shown in the picture, the yeast colonies did not turn pink apparently. Thus spisPink might not work as well in yeast cells as in bacteria.

The NWU-China team overexpressed spisPink protein in E. coli and extracted and purified. The maximum absorbance was measured in a 96-well plate using a microplate reader (Synergy 2). 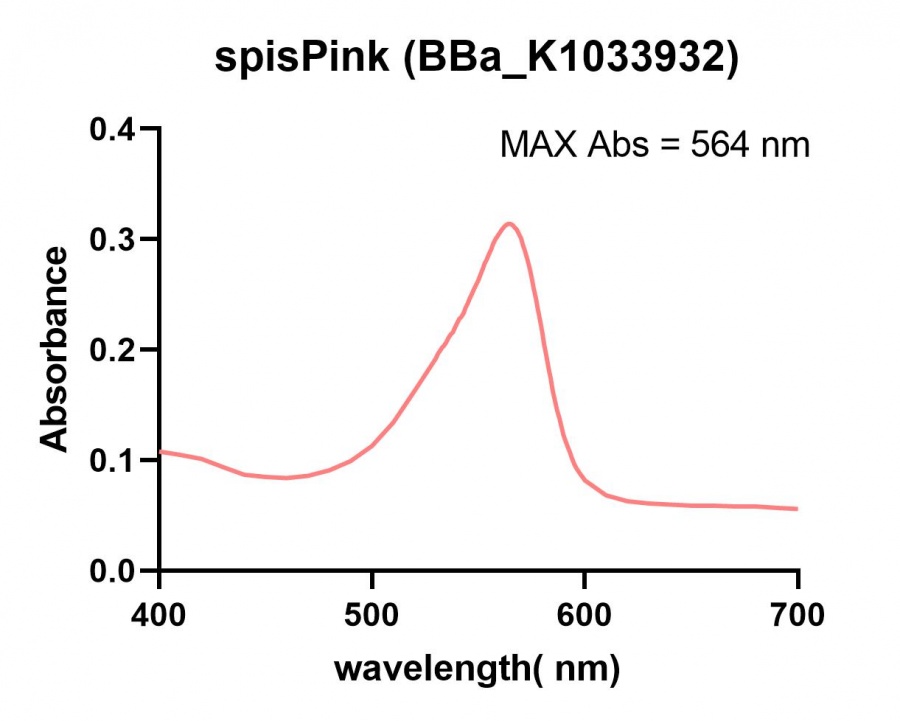