The mfold results are annotated with the location of the subparts BBa_B0012 and BBa_B0011. 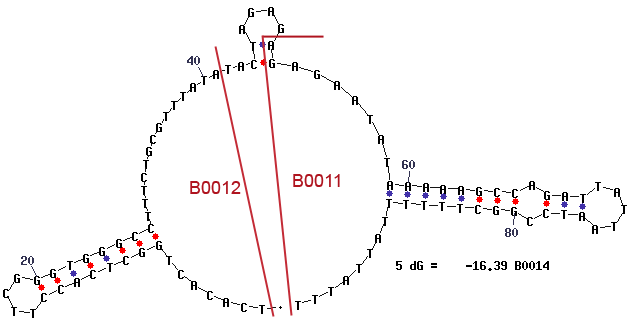 >Internal Priming Screening Characterization of BBa_B0014: Has no possible internal priming sites between this BioBrick part and the VF2 or the VR primer.