This part is identical in design to BBa_C0051, but the barcode has been removed. The 2010 UC Davis team found that this part, in combination with the barcode, produced an endemic constitutive promoter, which initiated transcription of any coding regions placed downstream. This part, which lacks the barcode, does not exhibit this behavior.

While using the cI lambda coding region, Bba_C0051, we discovered some expression caused by an internal promoter, related to the existence of a barcode at the end of this part. The expression data is as follows: 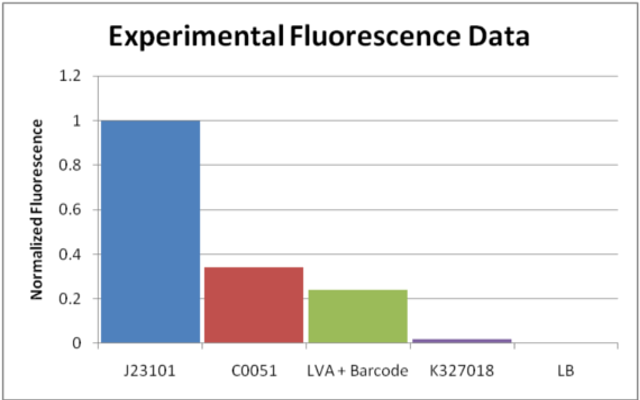 We found roughly 34% expression coming from C0051, as compared to J23101. We used J23101 as stated in "Measuring the activity of BioBrick promoters using an in vivo reference standard" by Endy et al. Removing the barcode eliminates this effect. For more information on how we investigated the unexpected expression from C0051, click here.