Lac repressor (LacR) and operator sequences (O1 and O2) is part of the lactose operon derived from Lactobacillus delbrueckii.When the external pH value declines to 5.5, rcfB promoter will be highly upregulated. Along with that, the LacR gene, which is downstream of rcfB will be highly transcribed. The large translation of LacR, the repressor of lac operon in Lactobacillus delbrueckii, will inhibit the use of lactose in the bacteria. 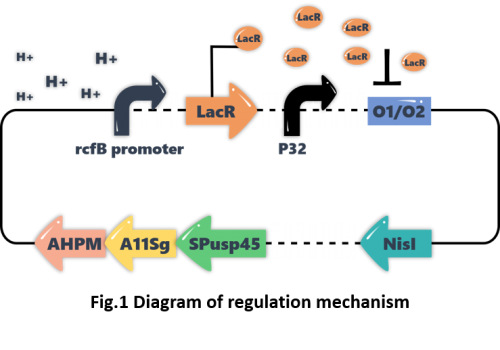