Not Released
Sample It's complicated
Experience: Fails
Not Used
Get This Part

This DNA biobrick was designed in order to produce Leucrocin I antimicrobial peptide.

Antimicrobial peptides (AMP) are phylogenetically ancient components of the innate defense of both invertebrates and vertebrates. In the context of growing bacterial antibiotic-resistance, these AMP are considered as potential new therapeutical candidates.
Leucrocin I from Siamese crocodile white blood cells shows a good antibacterial activity towards Vibrio cholerae. Leucrocin I action has been observed with fluorescence and electron microscopy. The molecule is cationic and can target bacterial membranes. It creates pores in these membranes leading to the cell lysis. The peptide is a 7 amino acid residue : NGVQPKY with a molecular mass around 806.99 Da.

The part was designed during the Croc’n Cholera project (team INSA-UPS-France 2017). It produces the leucrocin I AMP when associated with a yeast promoter. The α-factor (BBa_K1800001) sequence contains a RBS and a signal sequence to secrete the produced peptides.

The gene was placed under the control of an alpha factor signal. IDT performed the DNA synthesis and delivered the part as gBlock. The construct was cloned by conventional ligation into the pSB1C3 plasmid.


Analysis of the restriction map 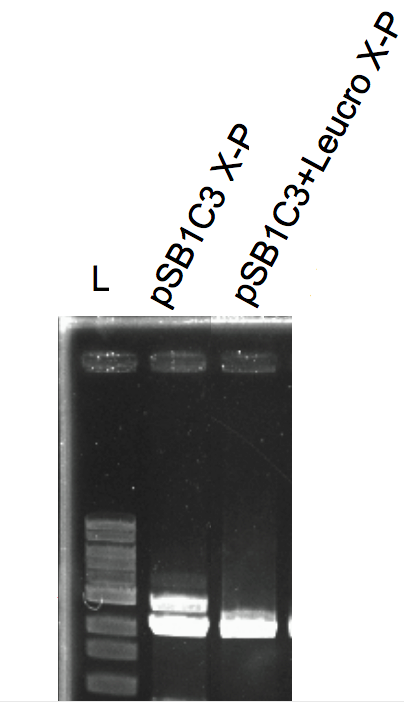 Figure 1: Analysis of the restriction map BBa_K2278022. Digested fragments (Xba1 and Pst1) are electrophoresed through a 1% agarose gel. Control vector pSB1C3 contained an insert and expected size were 2034 and 700 bp (digestion was not total, hence the 2734 bp fragment). The fragment lengths of the tested clone were 2035 bp and 319 bp for the required insert.

Figure 2: Sequencing of pSB1C3-Leucrocin I. 1500 ng of plasmid are sequenced. The obtained sequence were blast on the BBa_K2278022 sequence with the iGEM sequencing online tools. 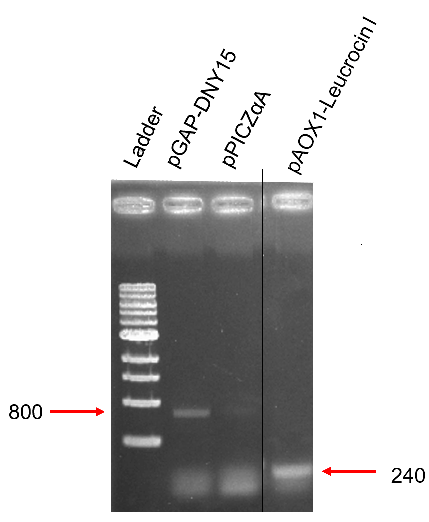 Figure 3: Integration of pGAP+BBa_K2278022 in Pichia pastoris. To verify the correct integration, we performed colony PCR and electrophoresed the product through a 1% agarose gel. A 241 bp fragment is expected if the integration is correct.

Correct amplifications were observed for the 2 tested colonies A & B (in spite of lower size non-specific fragments). Negative control with pPICZalpha did not present the correct size fragment, as expected.

Leucrocin production was performed with Pichia pastoris rown for 4 days at 30 °C with shacking in YPD 40 g/L glucose plus methanol to trigger the pAOX1 promoter. Supernatants from yeasts with or without the leucrocin encoding gene were sampled. The supernatants were used in a halo assay against V. harveyi as the target of Leucrocin. Briefly, 35mL of supernatants were freeze-dried and then resuspended in 3.5mL of water. A paper cut was soaked with one of these solutions and placed on a Petri plate inoculated with V. harveyi (figure 3).

No inhibition halo was observed around the yeast patch. The Leucrocin I cytoxicity can not be demonstrated.

Higher concentration of yeast supernatants could be tried.