The Cup1 promoter enables binding of RNA Polymerase II and the subsequent transcription of downstream DNA to mRNA. It is activated by ACE1, a transcription factor which binds to copper ions. It was previously available as a standalone part as BBa_K945002, produced by Tec-Monterrery’s 2012 iGEM team; however, the original part contained numerous illegal restriction sites preventing its usability in standard biobrick assembly. Hard information of the Greenfield 2011 team’s BBa_K586000 claims the part is the Cup1 regulatory region, but based on the sequence and its twin we believe it to be mislabeled and that it is instead the CupI CDS.

We acquired our starting sequence from the Vicker’s Lab at the Australian Institute for Bioengineering and Nanotechnology via Addgene, subsequently removed or altered bases corresponding to illegal cut sites, added a biobrick prefix and suffix, and finally ordered the unit as a geneblock from IDT.

The followings were edited by iGEM17_Tianjin

Transcription with CUP1 promoter is activated by sequence-specific transcription factors which bind to the CUP1 upstream activating sequence (CUP1 UAS). This sequence contains five binding sites for the Cu2+-dependent transcriptional activator ACE1/CUP2. The CUP1 UAS is necessary and sufficient for rapid and robust activation of this transcription.

The activation process is related to the acetylation of H3 and H4 located at CUP1 promoter, which showed nucleosome reposition and transcription factors binding might be the main reason for the activation.

Based on the CUP1 promoter (BBa_K2165004) provided by iGEM16_Washington, we constructed a biosensor with yEmRFP. To characterize this promoter, strains of S. cerevisiae BY4742 containing the plasmid with an initial OD600 of 0.1 were grown for 24 hours in SC-URA medium at 30 degrees Celsius, and then were induced with copper sulfate. Samples in different copper concentration were tested with fluorescent microplate reader after 1, 6, 12, and 24 hours. This protocol was based on the experience used by Waterloo and Washington iGEM teams and amended by our team.

Based on this BioBrick, we redesigned the part sequence provided by iGEM16_Washington. We deleted irrelevant bases on the two ends of this promoter and retained the core sequence. We retained 5 ACE1/CUP1 binding sites, 2 TATA boxes, and one initiation element in the promoter. The complex of ACE1 and copper ions will bind the promoter, which causes the activation of CUP1 promoter with TATA boxes' help. In this way, this promoter played its key role with less bases. 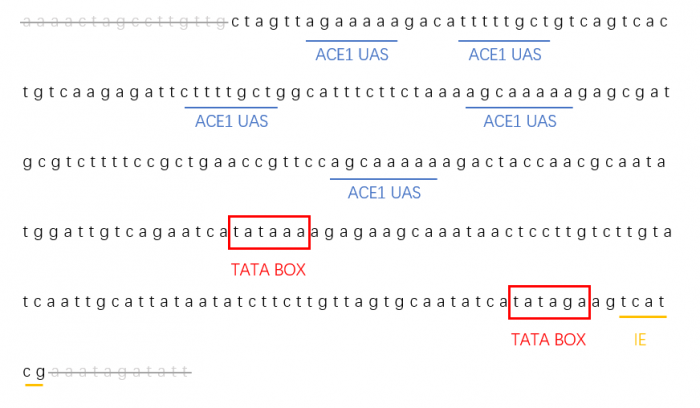 Fig 2.Structure of redesigned CUP1 promoter used in our project, based on BBa_K2165004