To check for the activity of the promoter in this construct, fluorescence measurements of cells transformed with the biobrick were taken in different conditions.

The following results were obtained: 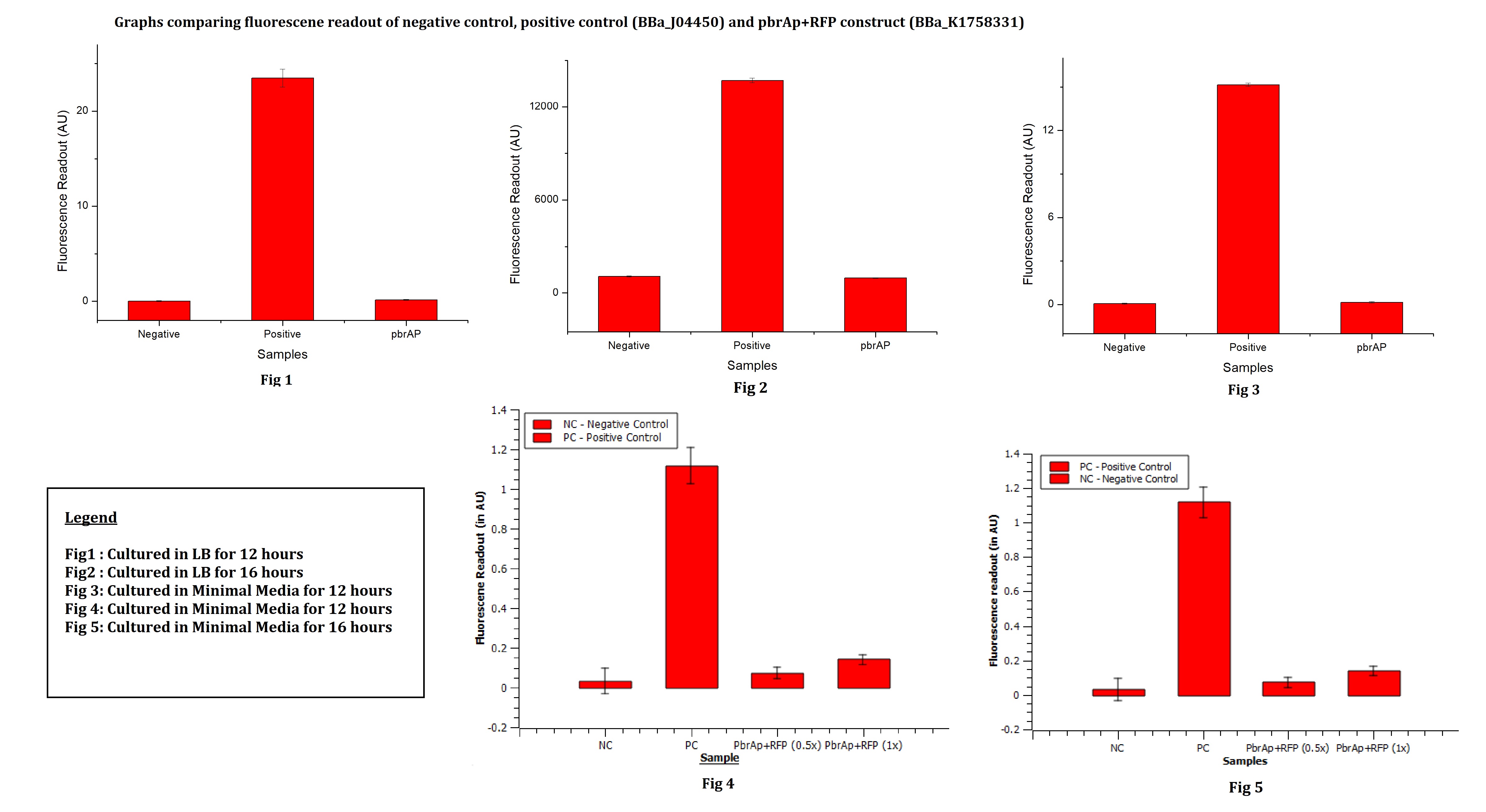 No significant fluorescence was obtained from the construct despite the lack of the pbrR (repressor) protein.

To check if lead had some effect on the activity of the promoter, DH5 alpha cells containing the construct with grown in LB for 12 hours and then induced with varying concentrations of lead for 4 hours. These cells were then pelleted, washed with PBS and resuspended in 1x PBS.

The following data was obtained: 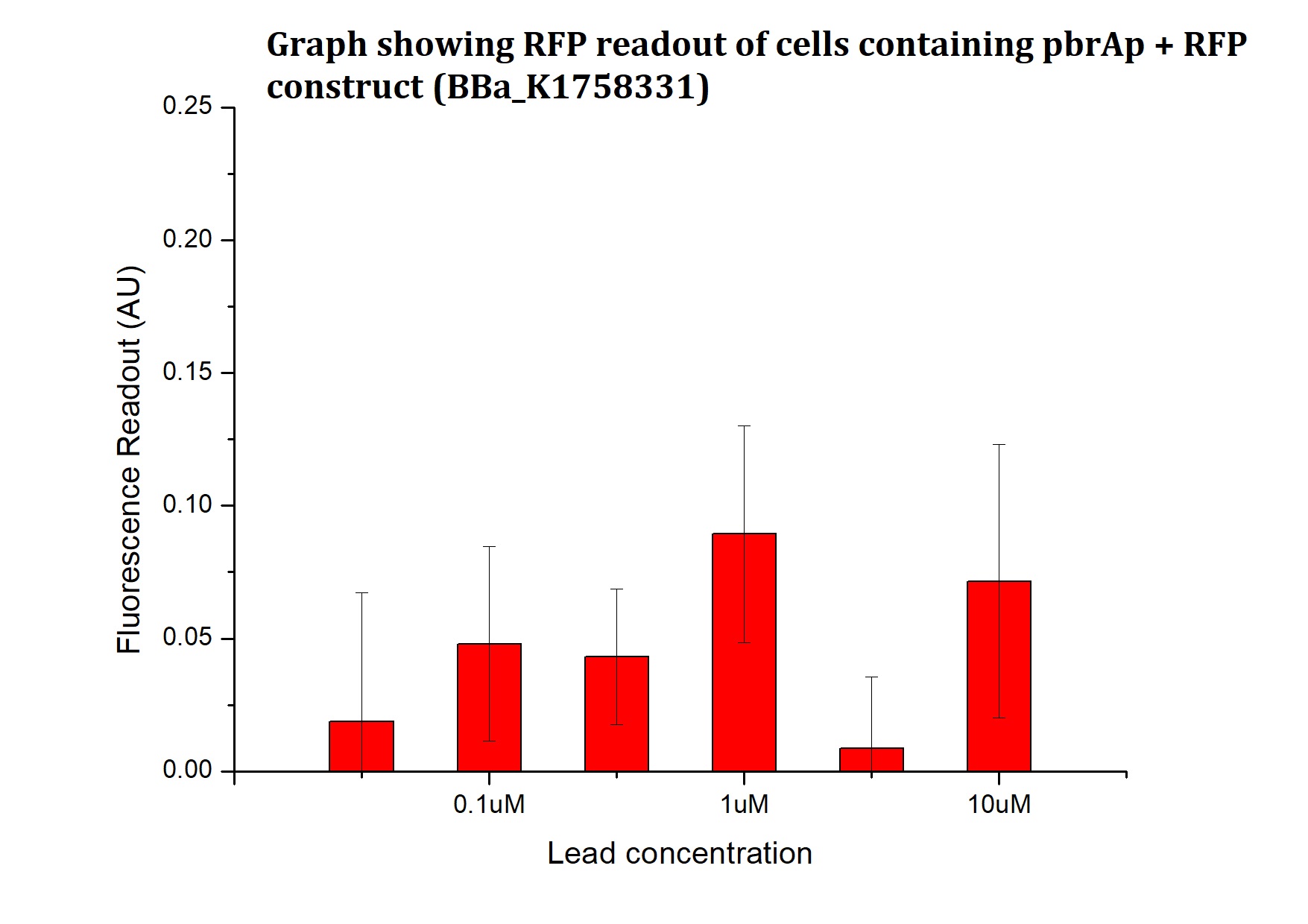 The fluorescence data didn't seem to be affected by the addition of lead and the promoter still remained in a inactive state.

Conclusion: This part does not constitutively express RFP. Neither does it express RFP in the presence of lead.