This construct is used to validate our amberless expression system, an orthogonal translation system that uses an amber-suppressing tRNA to incorporate leucine into proteins at sites coded for by the amber stop codon (UAG). This system works to mitigate the effects of horizontal gene transfer by ensuring proper expression only in cells a) carrying the tRNA and b) lacking the release factor responsible for ending translation at a UAG (RF1). We have combined our GFP construct (which differs from E0040 at only two sites, changing normal leucine codons to UAGs) with a well-categorized constitutive promoter (J23104), RBS (B0034), and terminator (B0010). Added to the end of these four parts is the supP tRNA, from Stanford-Brown-Spelman's 2014 Amberless toolkit, or BBa_K1499251. 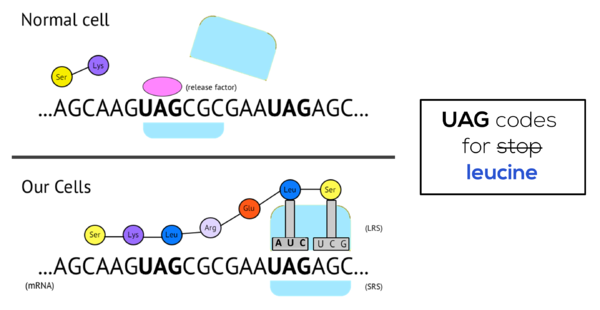 Figure 1. Our approach to the Amberless Codon Security. By recoding the UAG stop codon to translate into an amino acid, only cells that have a tRNA with the anticodon AUC will produce the complete protein. In our experiment, we used a tRNA that charges with leucine to translate the UAG codon.

The complete generator was used to test the orthogonality of the UAG->Leucine coding (Figure 2).

Figure 2. We transformed DH5-alpha and amberless cells with test plasmids, in this case the GFP reporter gene with stop codons and the supP tRNA, in order to establish a proof-of-concept for orthogonality using Codon Security.

We have observed that this generator works well in amberless E. coli, but not DH5-alpha. Because of the toxicity of the tRNA, the part will be difficult to transform into any strain of bacterium that contains genes with the amber stop codon.

The part was sequence verified in the pSB1C3 backbone before submission to the registry. Two reads, forward and reverse, were obtained using VF2 and VR (Figure 3).

This part successfully expressed GFP in Amberless cells but not in DH5-alpha (Figure 4). 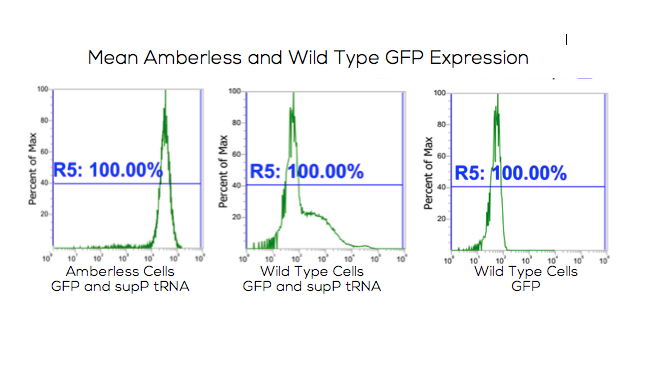 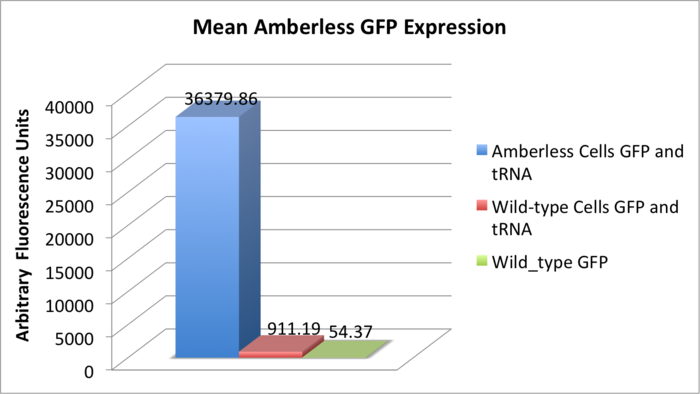