1 Registry Star
18 Uses
Get This Part 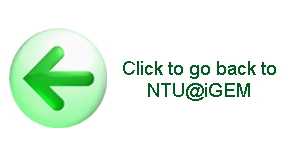 This lysis gene encodes for the lysis protein in colicin-producing strains of bacteria. Once activated, it causes the host cell to lyze. It also removes the immunity protein out of colicin, and hence, activates the endonuclease activity of the colicin.

How does it work?

Lysis genes encode for the synthesis of Lysis protein. The Lysis protein is 4872Da in molecular weight and performs two functions that are instrumental to the activity of Colicin E7 (ColE7):

This function causes the detachment of ColE7 from Immunity protein, hence switches on the endonuclease activity of ColE7

NTU@ iGEM has designed and successfully synthesized Lysis genes into standard Biobrick construct using an Ampicillin resistant plasmid vector pSB1A2. The Colicin E7 with Immunity construct is 144 base pairs in length and formally registered in the Biobrick registry as the Biobrick BBa_K117000.

The lysis gene from colicin-producing strains of bacteria encodes the lysis protein which is only 4872Da in molecular weight and performs two functions that are instrumental to the activity of Colicin E7 (ColE7):one of its function is to Release of ColE7 from ColE7—Immunity complex and the other is Partial lysis of host cell membrane, which means that once the protein is produced and activated, the protein can cause the host cell to lyse.

On the basis of its special biological function, it's likely to use lysis protein as a cellular structure breaker. In this year, our team decided to add a Tryptophan attenuator between a RBS and the lysis gene, making it possible to switch off or switch on the lysing mechanism by controlling the tryptophan concentration of medium, so that the lysis protein can better serve in our project when we need to break our engineering cells to extract our product. Before the official experiment of Trp_Lysis gene. We have done the T7 promotor_lysis gene characterization experiment with IPTG inducing in LB liquid medium(illustrated in Fig.2). According to the characterization experiment's result, we can draw a conclusion that once the lysis protein is produced with IPTG inducing by HT115 (DE3) E.coli, their growth will be significantly inhibited.

However, T7 promoter was too strong to be controlled, so Trp attenuator could not stop the translation as expected. Hence, we change it to another promoter.

In our next step, we transformed the expression vector into HT115 (DE3) E.coli by heat-shock method, culturing in LB liquid medium to exact exponential phase, and then moved to fresh LB liquid medium with different concentration of tryptophan, starting a eight-hour cell growth curve experiment of our engineering E.coli and then we measured the OD600 of each groups every two hours. Finally, we calculated their survival rate by using OD600 of the experimental group divided by OD600 of the blank group (illustrated in Fig.3). 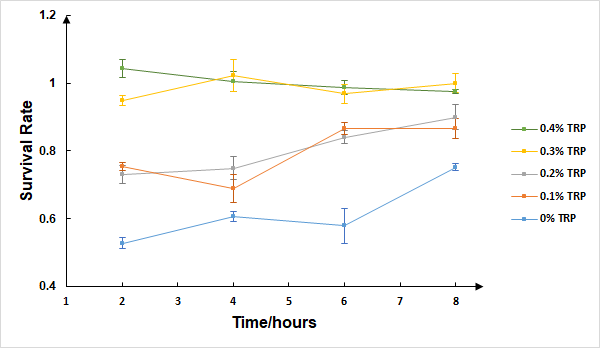 Fig.3 The survival rate of E. coli with Trp-Lysis

Besides, we also did a culturing in LB solid medium experiment in tryptophan concentration gradient.(illustrated in Fig.4) In contrast with T7 promotor_lysis with IPTG inducing group(illustrated in Fig.5). The Trp_Lysis metabolism obviously has the advantage which is able to kill the host cell by breaking their structure in a controlled way. In other words, we can switch off or switch on the lysing mechanism by controlling the tryptophan concentration of the culture medium, and the result indicates that the concentration critical valve of tryptophan is around 0.3% which means that if the concentration is more than 0.3%, the killing metabolism will be closed so that the host cells can grow as usual.