Not Released
Sample In stock
Experience: None
Not Used
10 Twins
Get This Part 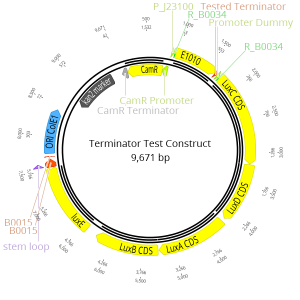 The Marburg Collection contains five terminators plus one terminator dummy that can be used as a placeholder. To obtain experimental data for this category of parts, we built a set of terminator test constructs to measure the extent of transcriptional readthrough and therefore the strength of a terminator. The terminator test constructs are built as LVL2 plasmid with our toolbox. The strongest constitutive promoter K2560007 (J23100) drives the expression of RFP which is the first transcription unit. The Lux operon is placed downstream with the promoter dummy instead of an active promoter. Both transcription units are separated by the terminator, which is the focus of this characterization, downstream of the RFP CDS.

With this setup, transcriptional activity of the RFP reporter is blocked by the terminator. Therefore the measured luminescence signal can be seen as an indicator for the efficiency of the terminator.
As discussed previously, RFP is not suitable for precise quantitative characterizations. Therefore we did not calculate ratios of the reporter upstream and downstream of the tested reporter as was described in previous experiments ( Chen et al.2013). However, we used the existence of an RFP signal as an control for the correctly assembled test constructs and for the activity of the promoter driving RFP. 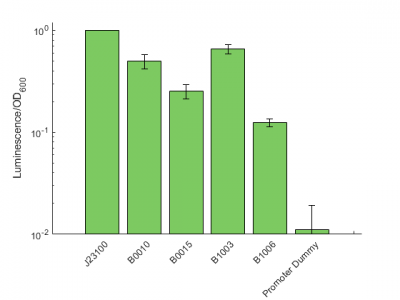 Figure 2: Characterization of terminator read through.
Displayed is the relative luminescence signal to the control construct J23100 obtained for constructs with the respective terminator. Error bars represent the standard deviation of the measurements of three independent experiments.

The data shown in figure 2 were acquired and analyzed following our novel workflow described on the measurement page . Like in all previous experiments, the obtained raw data for each sample were normalized over the construct J23100 from the promoter characterization. The strongest signal was observed for B1002 and B0010 with a relative signal 0.65 and 0.50 respectively, suggesting these two terminators as rather inefficient. In contrast, we could show a signal reduction four and eight fold for B0015 and B1006, respectively.
By comparing our data to the characterization provided in the iGEM registry for E. coli, we can show that the general trend is similar for both organisms. Exemplary, the terminator with the highest described efficiency in E. coli (B1006) also was found to reduce the luminescence signal most in our experiments.
In general, we found stronger signals for the reporter downstream of the terminator than what was described for E. coli. However, it has to be noted, that we used the highly sensitive reporter Lux instead of a fluorescent protein. Therefore we assume that we were able to detect a higher degree of transcriptional readthrough, which would not be distinguishable from the background when using a fluorescence reporter.
However, we cannot exclude species specific differences that cause a generally higher degree of transcriptional readthrough over terminators for V. natriegens compared to E. coli In addition to the terminators shown in figure 2 we also measured a test construct possessing B1003. The, by far, lowest signal was found for B1003 with a 15000 fold reduction of the signal. To ensure that is extremely weak signal is authentic and not caused by cross talk from neighbouring wells, we tested this sample in an otherwise empty 96 well plate and confirmed the general existence of a signal. However, we can not exclude the presence of single mutations within the lux operon dramatically diminishing the overall generation of luminescence. This result was not displayed in figure 2 to omit extreme stretching of the Y-Axis thus loosing visual information for the other tested terminators. 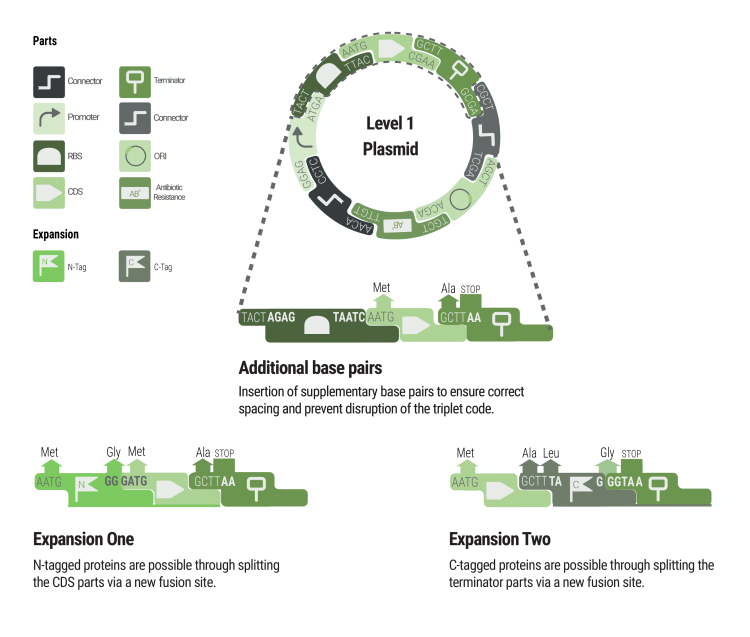