BS3 is a plant specific promoter which is induced by the TALE AvrBS3. The promoter is a useful tool in testing a system in which protein expression is activated in response to plant cell infection (in this case represented by presence of AvrBS3).

This part is compatible with the GoldenGate MoClo Assembly Standard as it is free from internal BsaI and BpiI recognition sequences.

TAL (transcription activator-like) Effectors are proteins that are naturally excreted by the Xanthamonas type III secretion system and bind to specific recognition sequences on host DNA, activating a protective plant cell response following infection. These TALEs are now engineered for use in research into crop disease.

The advantage of using this inducible promoter alongside the TALE AvrBS3 is that it means real pathogens are not required to induce activation of the promoter BS3, allowing safe and easy testing of proof of concept systems in the laboratory. The presence of the AvrBS3 TALE effector represents infection of the plant by a pathogen- the BS3 promoter can be induced by this response, meaning that it is a useful tool in producing a response to pathogen infection. 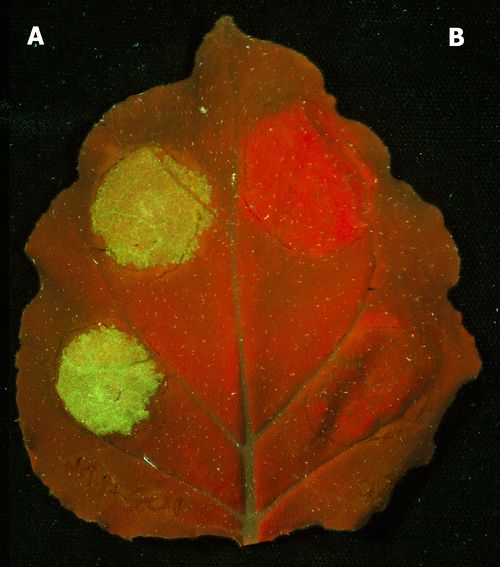