This construct was developed by Northwestern's 2011 iGEM team as part of a Pseudomonas Aeruginosa detector. The device is designed to fluoresce with GFP in the presence of PAI2 (C4-HSL), one of the Pseudomonas quorum sensing molecules. The promoter in front of GFP is activated by the combination of PAI2 from the environment and the RhlR receptor (produced by this construct). As the graph shows, addition of the autoinducer produces a significant difference in fluorescence compared to the controls. Thus, our construct is successful both in production of RhlR and transcription of GFP in the presence of PAI2. 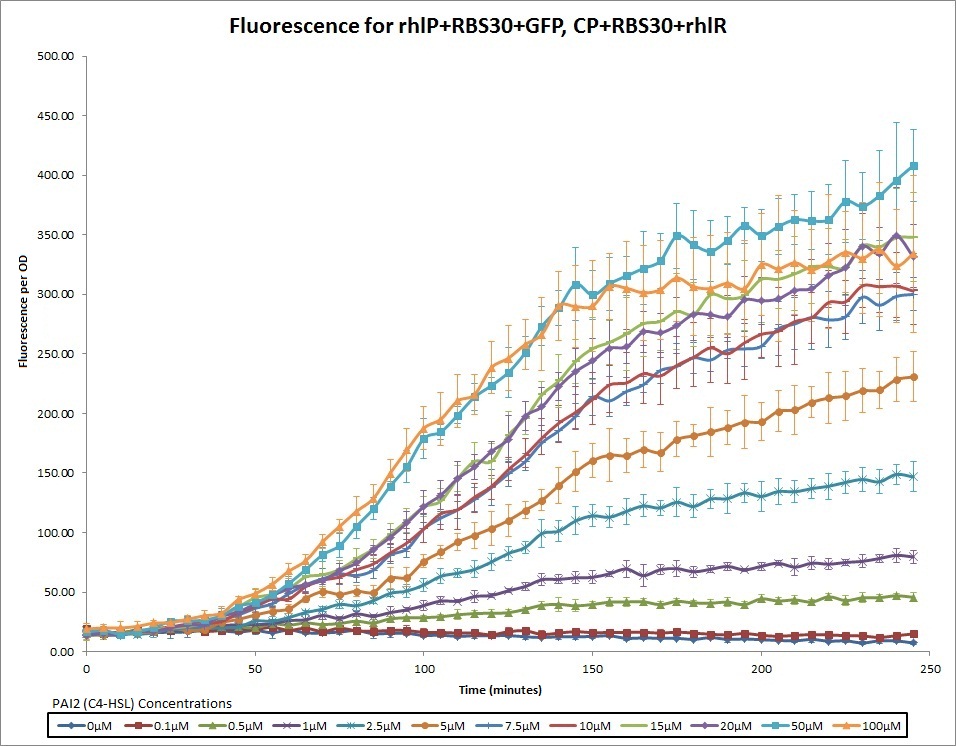