crRNA for WE ARE THE WORLD barcode 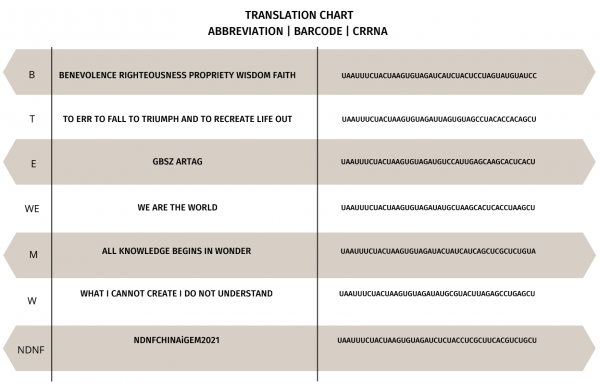 【fig.1】Corresponding crRNA sequence for each barcodes

The crRNA is designed to be complementary to the target DNA sequence. So when the cas12a-crRNA complex is added to the system, the crRNA will recognize the target DNA sequence and bind with it, forming a ternary complex. Then the cas12a protein will start to cut the single strand DNAs (ssDNA)-it will cut not only on the target sequence, but also any single strand DNA that presents in the system. As a result, the ssDNA probe added into the reaction system will be cut by the cas12a protein. Depending the type of ssDNA probe added into the system, the probe will either produce florescence or show a red line on the test stripe(fig.2)[2]. 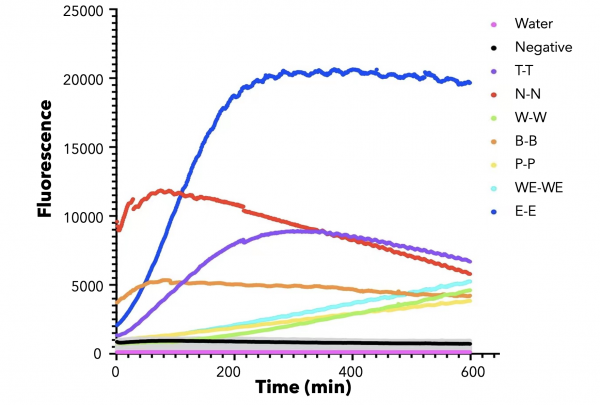 In addition, in order to test the specificity of our barcode design. We constructed 7 barcodes and their matching CRISPR RNAs (crRNAs) and assayed all permutations in vitro using cas12a florencence detection(fig.5)[2]. 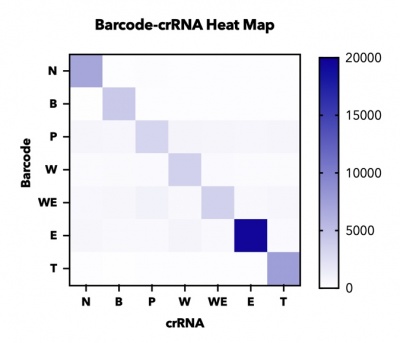 【fig.5】Heatmap of endpoint fluorescence values from in cas12a fluorescence detection of all combinations of 7 barcodes and 7 crRNAs assessing specificity of each barcode-crRNA pair.