The synthesis and decolorization system of curcumin without signal peptide

curA is derived from curcumin-transforming microorganisms isolated from human faeces with a molecular weight of about 82 kDa and consists of two identical subunits. During the purification of the expressed curA enzyme, the activity of curA enzyme was lost during dialysis. However, we found that the addition of NADPH increased the activity, but the addition of NADH did not increase the activity. These findings indicate that the enzyme catalyzes the NADPH-dependent transformation of curcumin. In the curA catalytic reaction, two steps of curcumin metabolism pathway (curcumin→dihydrocurcumin→tetrahydrocurcumin) were found. Under the catalysis of CurA, dihydrocurcumin is first the product, then the substrate. These products are produced from curcumin by reducing the diarylheptatrienone chain which could devastate the color of the hair. The curA does not produce more reduction products than tetrahydrocurcumin, which indicates that curA only catalyzes the reduction of compounds with C=C. In the reaction process, the optimum reaction temperature of curA is 35 ℃. The enzyme showed maximum activity at pH 5.9. Although a large number of different compounds have been tested as potential substrates of curA, curA seems to have a narrow substrate spectrum and preferentially acts on curcumin. Considering substrate specificity and NADPH dependence, curA was named NADPH-dependent curcumin/dihydrocurcumin reductase. 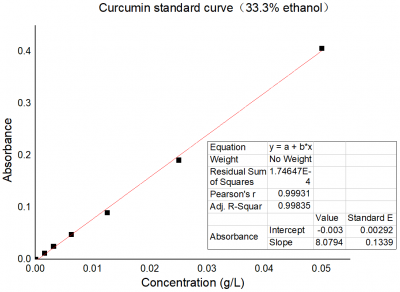 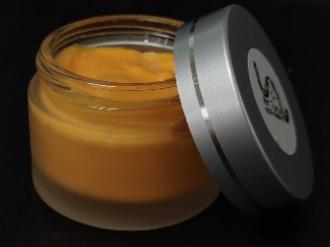 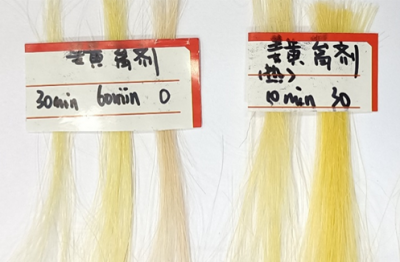 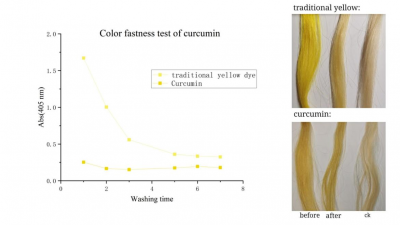