This is a composite part for intracellular expression of CUS. Panb1 is a constitutive promoter in yeast, which is expressed under anaerobic conditions, while under aerobic conditions, Panb1, as a repression target of ROX1, is inhibited. When Panb1 initiates the expression, CUS is expressed and participates in the production from p-Coumaroyl-CoA and malonyl coenzyme to curcumin. 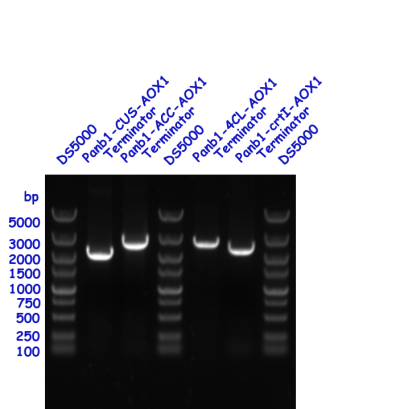