When assembled with promotor BBa_K3384314, GFP BBa_K3112009, and CYC1 terminator BBa_K3384311 in pRS415, this construct expressed GFP. Then the activity of these promoters can be quantitatively measured through flow cytometer. As is shown in figure 1, the fluorescence intensity of the pprm1 is higher than that of the pprm1 Ultra under high concentration treatment conditions of pheromones. The pheromone concentration has no significant effect on the GFP expression intensity under the control of pprm1 Ultra, indicating that this engineered pprm1 remains a stable expression level when induced by pheromone. As pprm1 Ultra can provide a stable expression level regardless of the fluctuations in external conditions, it is expected to be applied to gene expression regulation in cell factories. 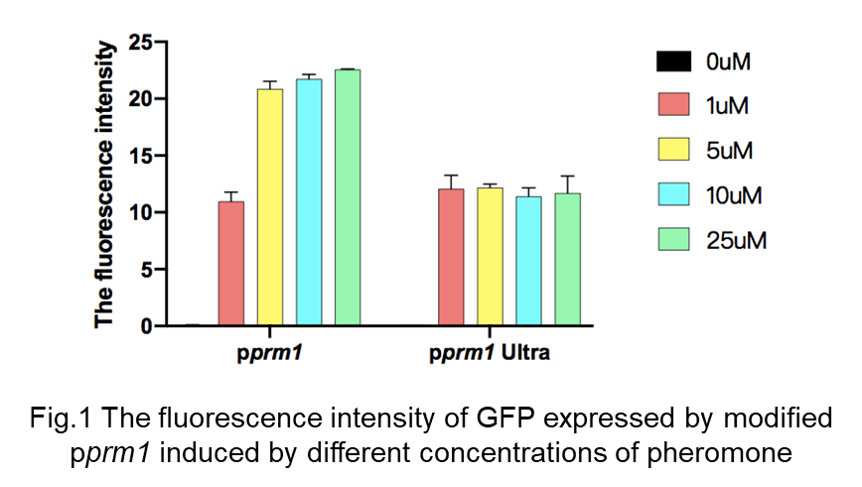