imperfect binding site of miR122 in the tuning construct leads to a knockdown percentage of 64% percent if introduced into the 3'UTR of the gene of interest (GOI). part can be either co-transfected with a synthetic miRNA or transfected into liver cell lines (i.e. Huh7). 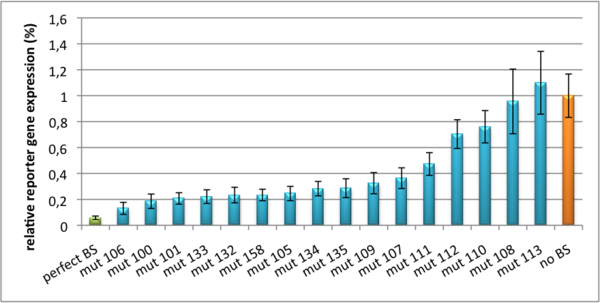 Figure 3: Tuning of gene expression through different imperfect miR122 binding sites in psiCHECK-2. Construct was transfected into HeLa cells together with an plasmid expressing miR122. Control without binding site was used for normalization.
[edit]
Categories
Parameters