The predicted structure by NUPACK of Y6 is shown in the following figure. Y6 is predicted to have a loop of 10 nucleotides and a stem with an unpaired nucleotide in front of the ribosomal binding site. The melt profile for Y6 has a relatively steep slope from 25 ˚C to 40 ˚C, indicating higher sensitivity to temperature increase in this range. 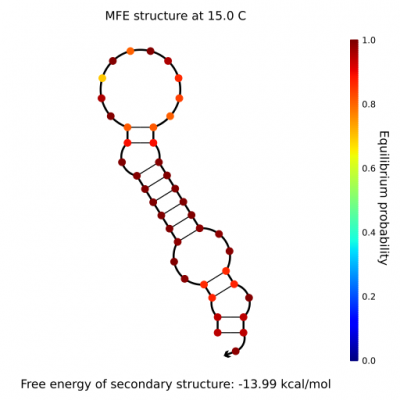 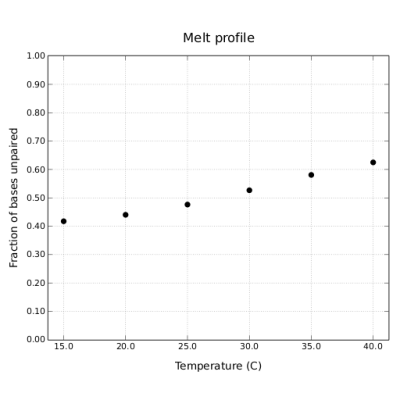 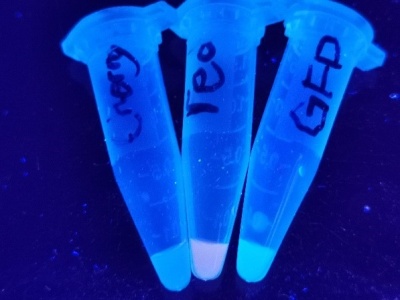 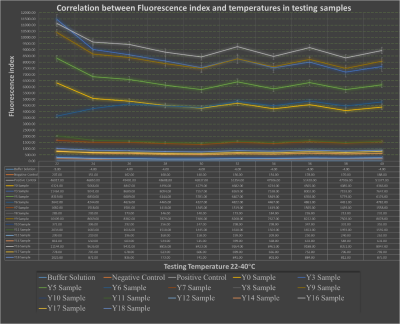 In order to test the qualifications of those RNA thermometer samples, we decided to use Microplate reader to exam the degree of fluorescence of each sample. As the data table shows, our team raised 2℃ each hour and recorded the data (degree of fluorescence) changes each time. The first data in the table is buffer, the second one is negative control, the third one is positive control, and the rest are the representative samples that choosing from Y0-Y19.

According to the data, the sample data that having ten times above the negative control is considered effective. During different temperatures, we could see the degree of fluorescence changes in each sample which means one specific temperature actually causes the transcriptions of genes and makes chromoproteins. Therefore, the data of transmittance demonstrates the concentration of those chromoproteins. Most of data that we collected demonstrated the results of experiments clearly.