AIP (autoinducing peptide) is a small peptide molecule used by Listeria monocytogenes for quorum sensing. Part BBa_K2613743 consists of strong promoter pTet, RBS (B0034) and coding sequence agrB and agrD. Expression of agrB and agrD is regulated by TetR. AgrB is an integral membrane protein; AgrD is a short peptide that is transported outside of the cell by AgrB. During transportation, AgrD is covalently modified to produce AIP which can be taken up by cells and induces transcription of genes under control of PII promoter.

After successfully cloning BBa_K2613743 into pSB1C3 we decided to run a protein expression experiment and western blot to verify that the construct was actually producing the AgrB protein. 750 μL of saturated overnight culture was added to 75 mL LB (1/100 dilution; cultures in triplicate) and grown for 1.5 hours, yielding the following growth: 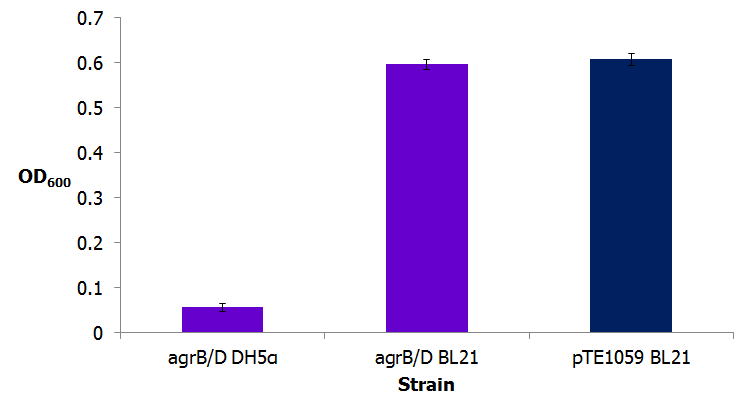 pTE1059 is being used a positive control for visualisation of His-tagged protein and was kindly supplied to us by Marc Biarnes Carrera (Biarnes-Carrera et al., 2018).Though DH5ɑ cells expressing our BioBrick did not grow in 1.5 hours, BL21 cells expressing the same plasmid did grow well - as was to be expected - and were able to be induced (0, 50 nM and 100 nM ATc). We hypothesise that in this case, the protein produced by the strain was toxic and was inhibiting growth as expression of membrane proteins in E. coli can be challenging. pTet is known to have a degree of leaky basal expression which may have caused cell death. The high copy number of pSB1C3 may have been problematic in this case, and using a plasmid with lower copy number such as pTE1059 (15 copies per cell compared to ~300 copies of pSB1C3) may aid in protein production without over-taxing cells. If we had had more time we would have pursued this and carried out a growth curve over a longer period to investigate how strongly growth was inhibited in strains carrying our plasmid.

After induction, cultures were grown for 26 hours at 25℃. Samples were sonicated (1.5 minutes per sample, 50% cycle duty, 40-50% power), separated into soluble and insoluble fractions and run on SDS-PAGE for staining and western blotting. 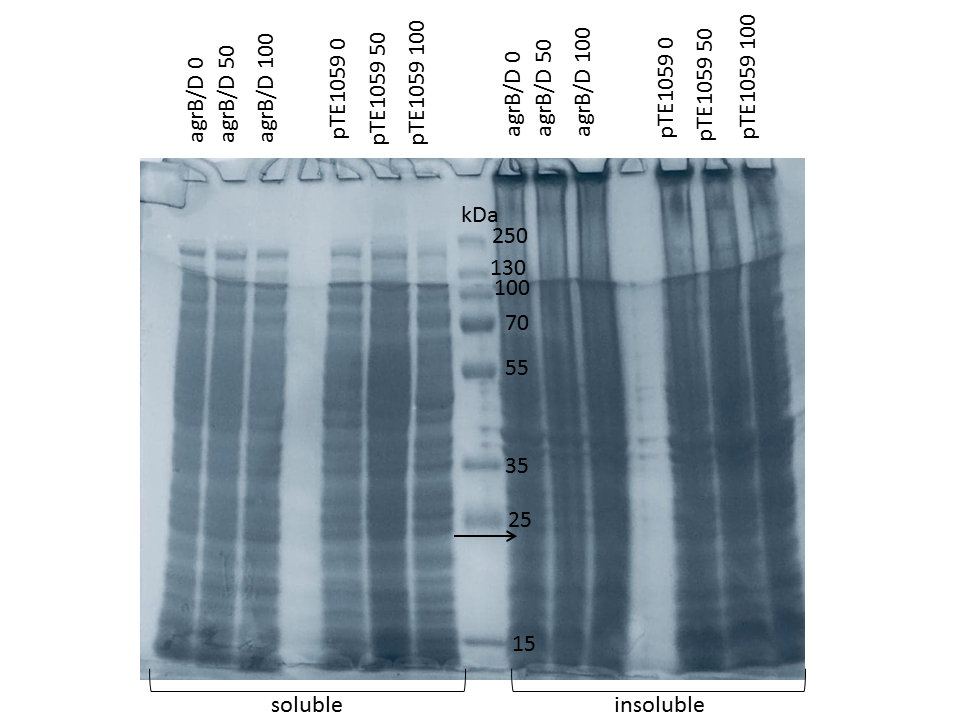 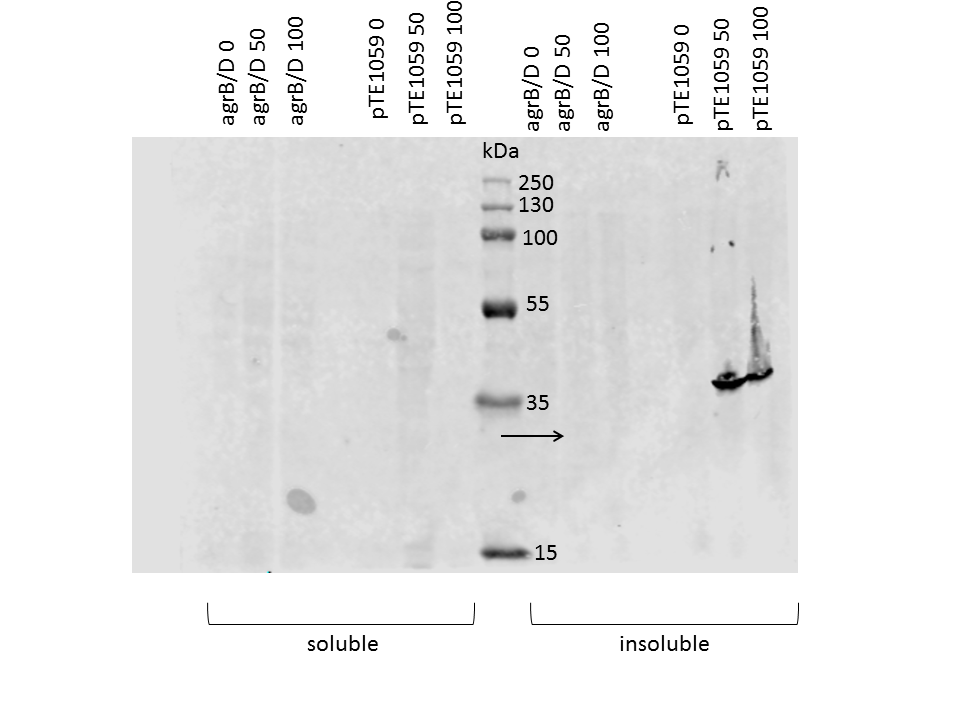 We were unable to see expression of our His-tagged AgrB at the expected size of 24.5kDa. As our DH5a cells carrying the plasmid had such low growth, we anticipated this was due to high basal expression of protein. We can only hypothesise that detection of protein was not possible in BL21 cells due to not having optimal culture conditions for the expression. To investigate the conditions required, we could use a Design of Experiments approach altering: