FucO is the gene that codes for L-1,2-propanediol oxidoreductase which is an NADH-linked, homodimer enzyme having the role of acting on furfural which is a toxic inhibitor of microbial fermentations causing cell wall and membrane damage, DNA breaks down and reduced enzymatic activities (Zheng, 2013; Liu, Ma & Song, 2009). L-propanediol oxidoreductase is composed of two subunits with an alpha/beta Rossman nucleotide binding N-terminal domain and an all- alpha-helical C-terminal domain. (Wang et al., 2011). It belongs to iron-activated group III dehydrogenase family and also called lactaldehyde reductase (Wang et al., 2011).

The enzyme catalyzes L-lactaldehyde and L-1,2- propanediol while dissimilating fucose in which acetaldehyde, ethylene glycerol, L-lactaldehyde, and some more substances are used as substrates. Despite these, it takes an important role in furan reduction to its alcohol derivative (Wang et al., 2011). Moreover, the crystal structure of L-1,2-propanediol oxidoreductase is shown to be so similar with YqhD which also functions in furfural reduction (Wang et al., 2011).

Figure represents the predicted three-dimensional structure of 1,2-propanediol oxidoreductase from E. coli . The protein structure of L-1,2-propanediol oxidoreductase was constructed by using Amber 14. It is demonstrated in the ribbon diagram which is done by interpolating a smooth curve through the polypeptide backbone. The colors indicate the amino acids in the protein structure. While constructing, the codon bias rule is obeyed to express the enzyme in Escherichia Coli KO11. 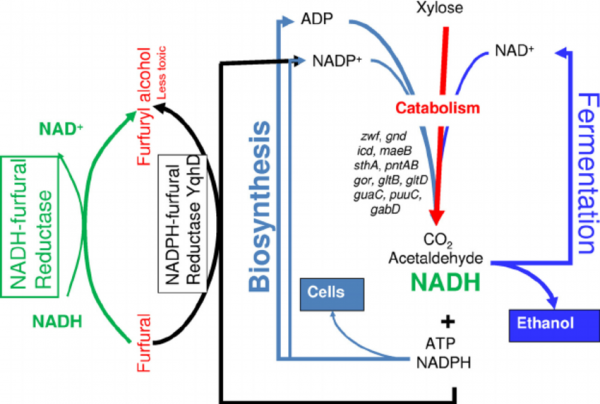 When furfural is present in the field, the metabolism of furfural by NADPH-dependent oxidoreductases goes active in order to reduce it to its less toxic alcohol derivative - furfuryl alcohol (Zheng, 2013; Wang et al. , 2013; Allen et al. , 2010). In this metabolism, the expression of oxidoreductases that are NADPH-dependent, such as YqhD, are shown to inhibit the growth and fermentation in Escherichia coli by competing with biosynthesis for NADPH (Zheng, 2013). Therefore, the NADPH that functions as electron carriers in approximately 70 redox reactions and Pentose Phosphate Pathway’s NADPH which is an essential cofactor for self-protection against cellular stress, become poorly functional ( Allen et al., 2010; Chou et al., 2015). Because the native conversion of NADH to NADPH in E. coli is insufficient to revitalize the NADPH pool during fermentation, the actions shouldn’t be interfering with NADPH metabolism (Wang et al, 2011). Thus, the overexpression of plasmid-based NADH-dependent propanediol oxidoreductase (FucO) gene may reduce furfural to ultimately improve furfural resistance without detrimentally affecting the biosynthesis of NADPH (Wang et al, 2011).

FucO basic part is inserted into the pSB1C3 backbone. The construct in pSB1C3 is for submission to the registry and is cultivated in DH5 alpha. 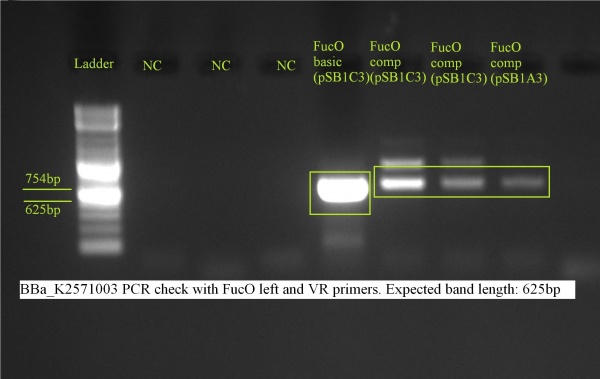 We inserted our basic part K2571000 which is a protein coding region in pSB1A3 backbone with a strong promoter, an RBS and a double terminator in order to test the function. 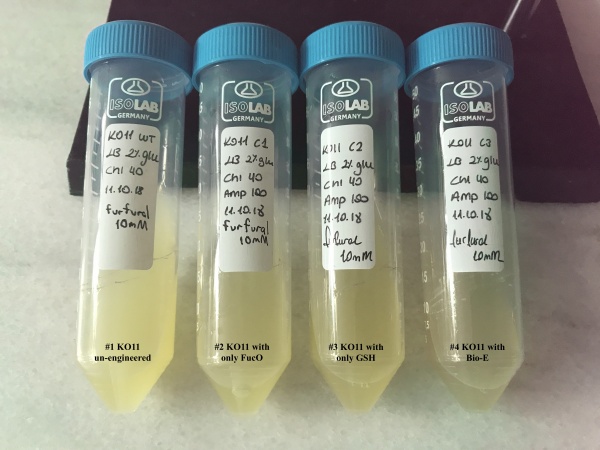 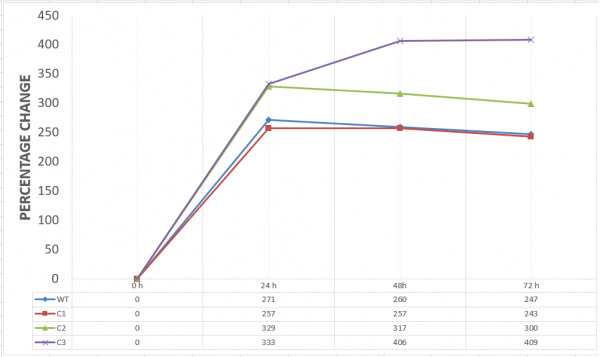 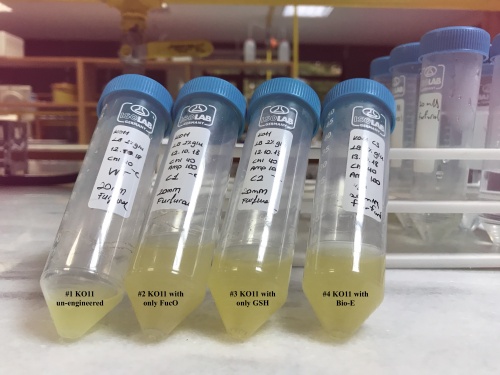 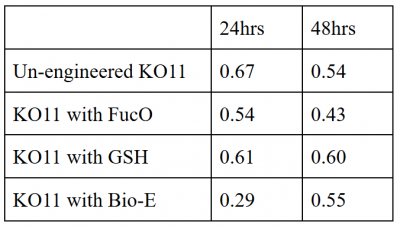 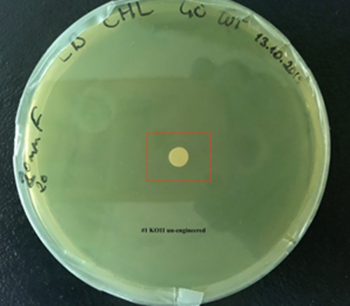 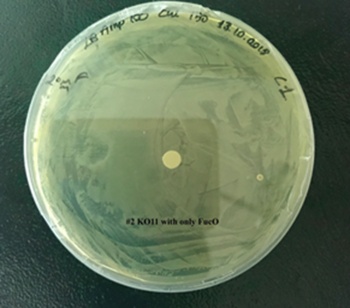 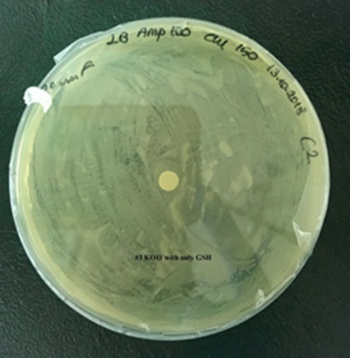 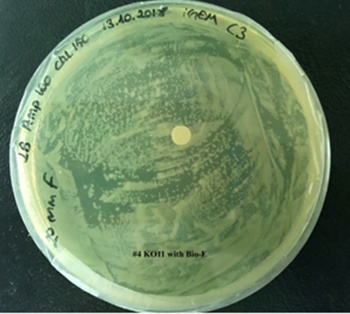